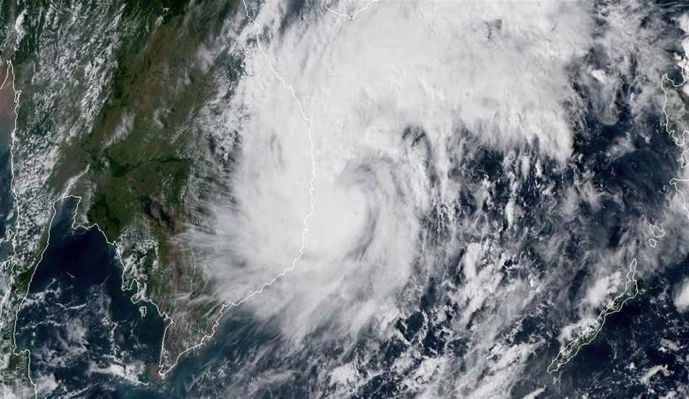 Thailand’s Meteorological Department has confirmed that a tropical depression over the South China Sea is slowly heading towards Vietnam and expected to hit this weekend. (Five day forecasts for Phuket, Bangkok and Chiang Mai below)

The low pressure system has developed into a Category 2 storm, bringing winds of 55 kilometres an hour, with expectations it could increase as it approaches the eastern coastline of Vietnam.

The TMD reports that, for the time being, the storm is not expected to directly affect Thailand, but it will get colder in the north, north-east, east and central Thailand, due to a cold front from China.

At 10.00 a.m. LST on 5 November, the category 2 tropical depression over the middle South China Sea moves west but later turning west. With maximum sustained winds of about 55 km/hr, it is centered at latitude 14.0 degree North, Longitude 115.0 degree East moving closer to the coast of middle Vietnam from 10-11 November without impact on Thailand. Travellers stay tuned for the weather updated – TMD

Bangkok and the central provinces will also experience colder weather, with temperatures dipping to 22 or 23 degrees Celsius, and some thunderstorms forecast.

Meanwhile, Thai PBS World reports that more rain and isolated heavy showers are forecast for the south of the country in the next few days.

At this stage the tropical storm hasn’t been named. The Thaiger will keep you informed of any important progress or milestones in the development of the storm.

Five day forecast for Phuket below…

Five day forecast for Bangkok below…