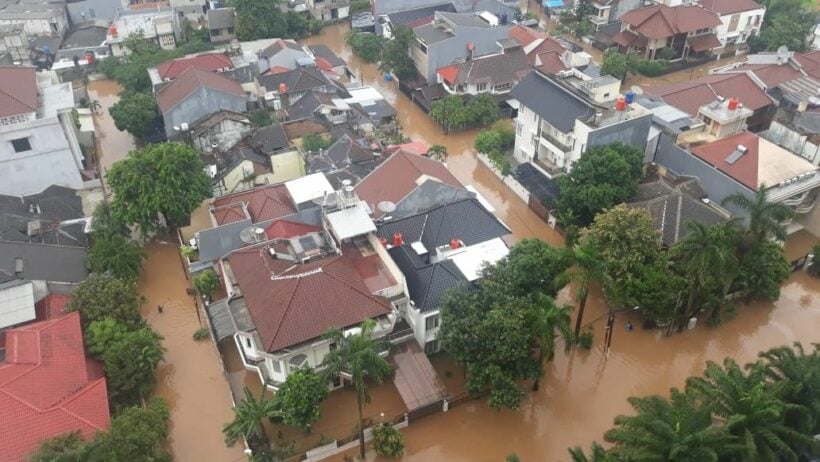 At least 21 people are now thought to have lost their lives in the flash floods and landslides in and around Jakarta, Indonesia’s capital, today. More heavy rain is forecast, compounding the situation. The victims have ranged in age from 8 to 82 years of age. The heavy rains stated falling on Jakarta and nearby towns on December 31 and then continued into New Year’s Day.

The country’s Meteorology, Climatology and Geophysics Agency measured an astonishing 377 millimetres of rainfall in a single day at an airport in East Jakarta. The measurement is the most rain in a single day since at least 1996, the year the agency started recording measurements.

“The rain falling on New Year’s Eve… is not ordinary rain.”

The flood, one of the deadliest in years, has already displaced more than 30,000 people causing chaos across parts of the south east Asia’s metropolis. Train lines have been blocked and power has been lost for many hours in some areas. 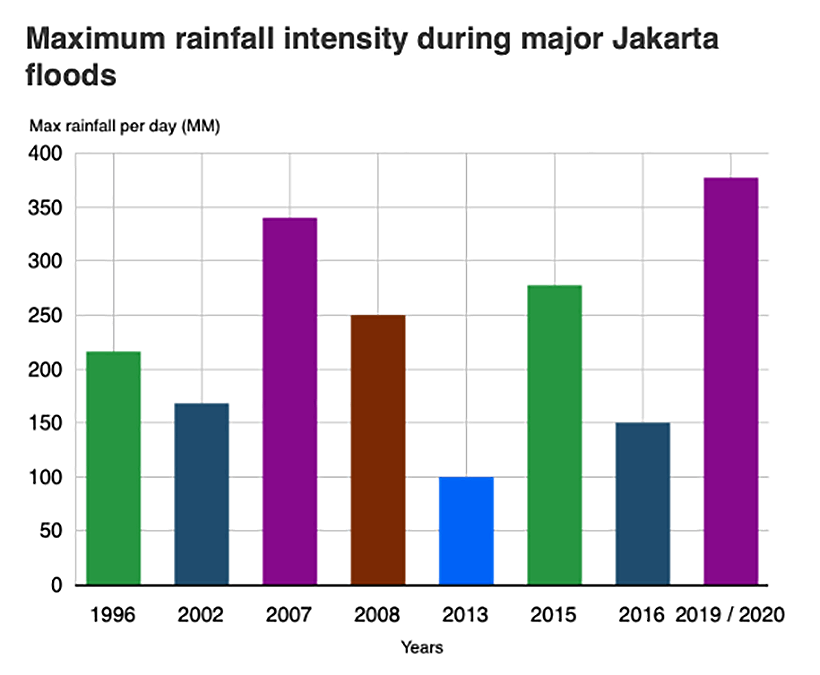 Indonesia’s President Joko Widodo says that evacuation and safety procedures should be prioritised, but called for more coordination between city administrations with the central government. He’s already blamed delays in flood control infrastructure projects for the flooding, saying some projects have been delayed since 2017 due to land acquisition problems.

Jakarta and its suburbs are home to over 30 million people. More than 50 people died in one of the capital’s deadliest floods in 12 years ago and 5 years ago much of the centre of the city was inundated after canals overflowed.