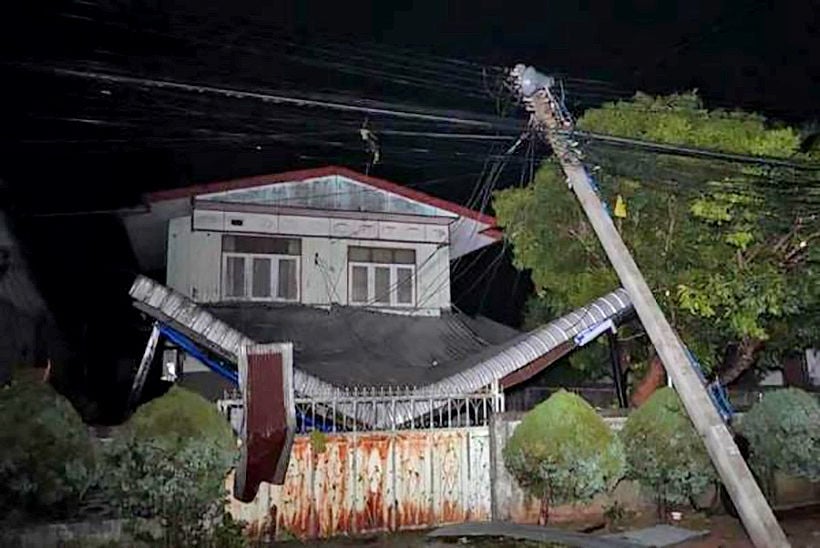 They say the relief operation was hindered by the blackout, which lasted several hours.

According to the local weatherman, the freak storm was caused by hot westerly winds over the northern region, drawing up humid air up the ground.

“This resulted in the formation of vertical clouds and subsequent storms.”

The Thai Meteorological Department warns there may be other freak rain or hail storms in some areas of Mae Hong Son, Chiang Rai and Chiang Mai provinces today.