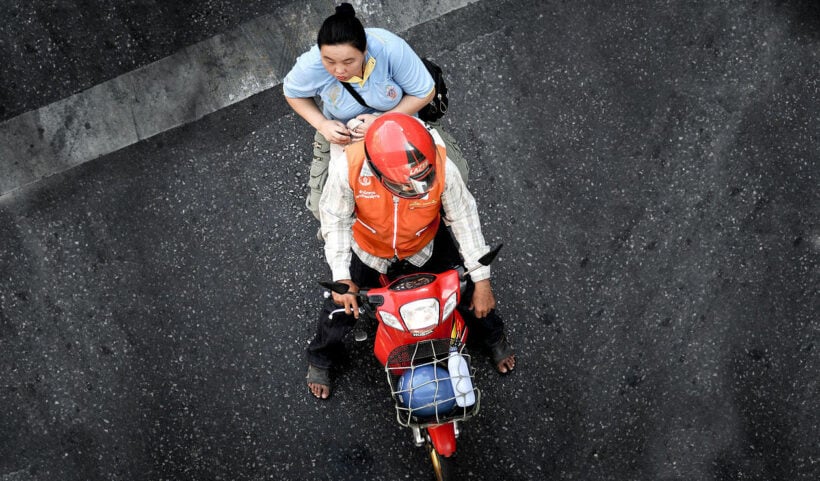 PHOTO: Not always a 'win' - The Thaiger

It’s not just tourists that get ripped off by the notorious Win drivers in Bangkok (The Thaiger is a regular Grab Bike user but has never had any specific problems with Win drivers).

A win-motorcycle user (motorcycle taxi) has related a recent rip off on Thailand’s most popular website, Pantip. The user said they were traveling with another friend from Victory Monument to the Mahanak Intersection in Bangkok on January 15. They arrived at the monument via van and decided to take a ‘win’ taxi or use Grab Bike as the bus service was still a long time away.

So that’s 4.7 kilometres point to point. Traveling by taxi would cost them around 60 baht. The two then met up with some Win motorbike drivers as the walked along the road.

They relate that they were a bit wary of the drivers as they weren’t wearing the usual regulation numbers on their jackets, designating the area they are legally allowed to operate.

But the persistent drivers kept trying to find out where the couple were going.

Win Driver: Where are you going?

Win Driver: Do you want to go, there’s heavy traffic we can get there fast.

Pantip User: How Much?

Win Driver: I’ll have to see how far it is.

Pantip User: OK (thinking it would cost a maximum of around 100 baht)

There was little traffic and they arrived at the destination in less than 10 minutes.

Pantip User: How much?

The Pantip commenter and his friend stood on the road shocked for a moment as they felt like they had just been robbed, according to ThaiResidents.com. In total, the pair forked out 760 baht, 380 baht each, for a 4.7 kilometre ride.

The writer later revealed that he called 1584 (emergency hotline) and went to the police station for security footage from the road. The police received the driver’s name from the online money transfer. Turns out both of the drivers are illegal Win Motorbikes and the police have ‘invited’ them in to pay a fine and ‘have a chat’.