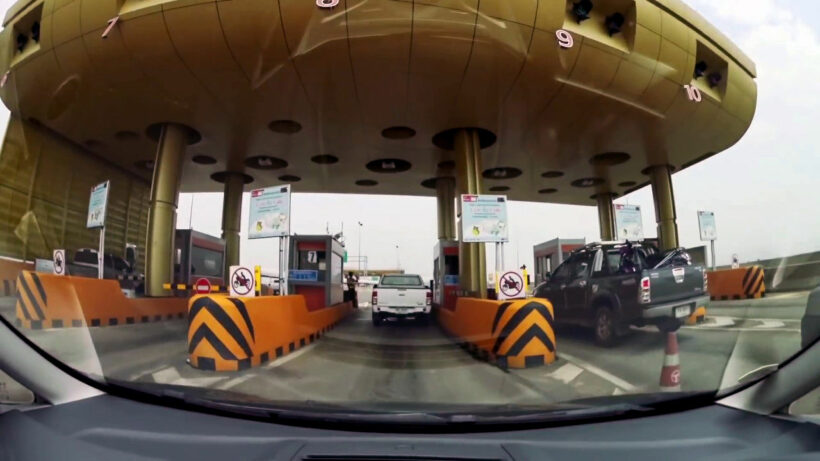 Plans to slap a 10% increase on the fee to use the Don Mueang Toll Way have been opposed by the Consumer Protection Board. The CPB is tasked with defending consumer rights and instigating legal proceedings in the case of infringement.

Thai PBS World reports that the board claims the toll hike, which is due to come into effect on December 22, will significantly hit transport providers and their customers. The board’s chairman says they plan to ask PM Prayut Chan-o-cha to order the Highways Department to begin dialogue with the Don Mueang Toll Way Company.

They are hoping such talks could result in an agreement to suspend or delay the proposed increase on the Uttaraphimuk Tollway, commonly known as the Don Mueang tollway which carries traffic from the city centre to Don Mueang International Airport and beyond, until the Supreme Administrative Court makes a ruling in the case.

Earlier this year, the Consumer Protection Board rejected the company’s offer of a 5% discount for motorists who bulk buy 20 tickets. The board claims such an incentive is merely a marketing ploy and not a real reduction for road users.

The current contract stipulates a ten baht fee increase every five years, until the contract ends in 2034.