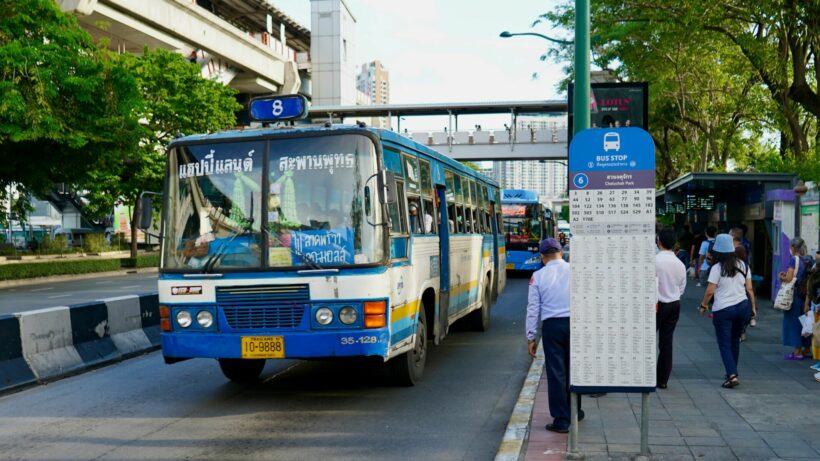 The Bangkok Mass Transit Authority has confirmed that there are severe bus shortages on roughly 27 routes around the city and that nearly 90% of commuters have experienced delays.

After receiving a number of complaints from the public, the BMTA found issues with fare collection, driver shortages, maintenance on buses, and the poor management of the schedule.

There are 2,885 buses in the BMTA management, which have been in use for between 5 and 25 years.

Most of the buses don’t operate efficiently or effectively, and older buses occasionally need to be repaired. The red buses can often be seen belching black smoke from their exhausts.

A detailed study revealed that 27 of 107 routes, or nearly 25% of all services, experienced shortages of vehicles.

The BMTA will rearrange the timetables for routes facing problems, mainly during rush hours. On a few overcrowded lines, more buses will be deployed. However, new buses won’t be bought due to budget reasons.

With the restrictions being lifted the number of commuters is expected to reach 700,000 per day soon.

The BMTA had to alter its timetable and routes due to the outbreak of Covid 19. They also had to put in place social distancing policies that restricted the number of passengers that could ride on each bus.