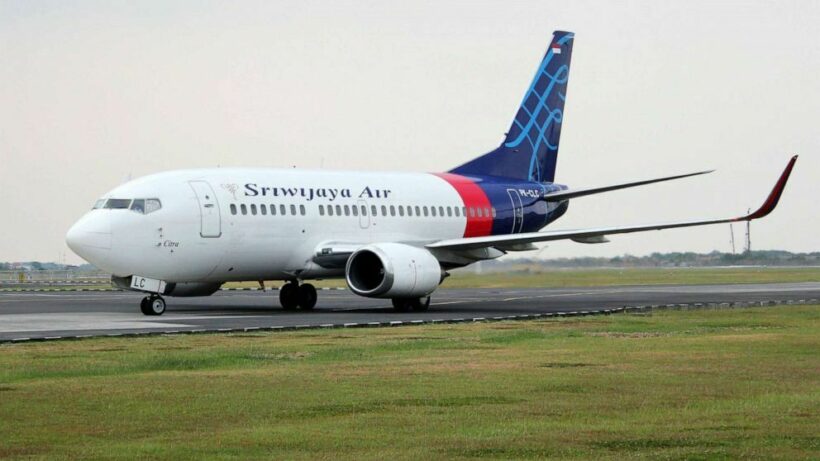 Body parts and debris from Indonesia’s Sriwijaya Air Boeing 737 crash are being found today near the capital as the Jakarta police spokesman Yusri Yunus detailed the findings, which leave little hope of any survivors.

“As of this morning, we’ve received two (body) bags, one with passenger belongings and the other with body parts.”

62 passengers and crew were on board, including 10 children, all of them Indonesians. The 90 minute flight was scheduled to land in Pontianak city on Borneo, but after climbing to an altitude of nearly 11,000 feet, it dropped suddenly and lost contact with air traffic control. According to coordinates, the head of Indonesia’s military, Hadi Tjahjanto, says the plane crashed into the Java Sea near tourist islands off the coast.

“From our observation, it is strongly believed the coordinates match the ones from the plane’s last signal contact.”

Divers marked 3 sites, where the plane is suspected to have crashed, with orange balloons as officials continue their search using sonar radar to detect the remains of the jet.

Sriwijaya Air did not immediately comment on the news when contacted by AFP again today, but has recently said it was only investigating the loss of contact between the plane and air traffic control. The airline has around 19 Boeing jets that fly to Indonesian and Southeast Asian destinations. Boeing issued a statement that did not speculate over the cause of the crash.

“We are aware of media reports from Jakarta regarding Sriwijaya Air flight SJ-182. Our thoughts are with the crew, passengers, and their families.”

“We are in contact with our airline customer and stand ready to support them during this difficult time.”

Indonesia’s aviation sector has had a history of poor maintenance and mismanagement, including poor safety, and its airlines were once banned from entering US and European airspace. But yesterday’s plane crash did not feature the Boeing 737 Max, which was grounded by aviation regulators around the world for nearly 2 years in order to totally rehaul its software systems after the ‘MCAS’ system was blamed for 2 crashes in the past few years.

Instead, this crash featured a 26 year old Boeing 737-500 model, one of only a few older models that are still in operation. Authorities say they will continue to search for the wreckage of the plane as well as any survivors despite the outlook appearing to be grim.