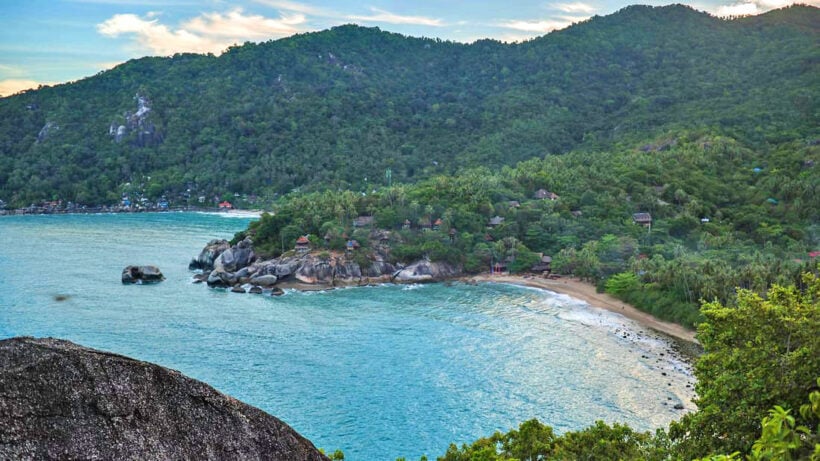 Tourists flocked to Maya Bay, you know ‘The Beach’ featured in the 2000 movie starring Leonardo de Caprio and directed by Danny Boyle. Since 2000, the tourist magnet on Koh Phi Phi Ley became a Mecca for the back-packer crowd followed by a mass tourist flock, bringing some 5,000+ tourists to the small bay every day at its peak.

In June 2018 Thai marine officials and the management of the national park controlling the Phi Phi islands banned visits to Maya Bay. The pilgrimage to The Beach was over and the environmentally abused bay got a chance to recover.

But Maya Bay, used in the film, wasn’t even the inspiration for the original novel that spawned the film. The ‘actual’ beach was, probably, a secluded little stretch of sand on Koh Pha Ngan, on the other side of the Malay Peninsula from Koh Phi Phi Ley, in the Gulf of Thailand near Koh Samui.

Michael Doyle started visiting Koh Pha Ngan in the mid 1980s, chilling in rustic beach bungalows as a break from being a psychiatric nurse in Australia.

Speaking to CNN, he said that he moved to Haad Rin at the southern tip of the island, at the time nurturing an international hippie scene fusing raves with tai chi, yoga with mind-opening drugs. By the end of the decade Haad Rin had started attracting a regular, well monthly, visit to the Full Moon Party. The spiritual awakening of the Full Moon Party eventual became mind-expanding for a host of other reasons and then became commercialised into one of the world’s best-know beach raves.

It was time for Michael to find another spot on the island.

Further up the coast he was invited to “The Sanctuary”.  It could only be reached by boat or a hike through the rocky headlands of the Koh Pha Ngan coastline.

“As we came over the first hill, the sight of a crystal-white beach below, without anyone on it, was pure magic.”

But they hadn’t even reached The Beach at that stage. They had to hike further.

“We glimpsed the second bay just before sunset. Walking down from there, I felt as if I were passing through some kind of invisible membrane and I realised, well, my life has changed.'”

The Sanctuary was just a dormitory, a few bungalows and an open-air cafe. Michael stayed on for 3 months along with a handful others who helped build more beach bungalows.

Two other ‘locals’, Gill Beddows and Steve Sanders, decided to establish The Sanctuary after becoming disillusioned with the commercialisation at Haad Rin.

Their tropical beach paradise is actually Haad Thian (Mangrove Beach). The bay was under the control of a single Thai family, making it easier to negotiate a lease of the land to build The Sanctuary. They started building it in 1990.

“From the very beginning, we were focused on wellness and spirituality, offering an alternative to the party scenes on other beaches. We wanted it to be a centre for like-minded people to practice yoga and detox.”

Mostly mainstream now, Steve recalled that their practices were seen as ‘witch craft’ 30 years ago.

When the book ‘The Beach’, by Alex Garland, came out in 1996, Gill and Steve knew it was based around their hidden Koh Pha Ngan commune. The novel traces the fate of a small, loose-knit international  commune who establish their own utopian community on a remote Thai beach… sort of ‘Lord of the Flies’ for Gen X. ‘The Beach’ would be reprinted 25 times in less than a year. in 2000 the novel was transformed into a $40 million film.

But director Danny Boyle, probably unaware of The Sanctuary, picked Maya Bay as the picturesque ‘Beach’ for the film.

In the book, Richard, a British traveller, encounters a deranged Scottish backpacker at a guesthouse on Bangkok’s Khao San Road (was actually filmed in Phuket at the On On Hotel). He tapes a hand-drawn map to Richard’s hotel door before killing himself.

Richard and a French couple trace the map to a hidden lagoon on a beautiful island. They find a utopian colony of hedonistic idealists struggling to keep their idyll a secret. The shots of the ‘beautiful hidden lagoon’ were filmed at Maya Bay, little known at the time, on Koh Phi Phi Ley. It became a popular day trip out of Phuket or Krabi until it was closed to tourists for rehabilitation in 2018.

In the novel, the building of the hidden beach retreat is supervised by Sal, an American woman with a carpenter boyfriend.

Richard, the fictional character played by de Caprio in the film, says…

“I still believe in paradise. But now at least I know it’s not some place you can look for. Because it’s not where you go. It’s how you feel for a moment in your life when you’re a part of something. And if you find that moment, it lasts forever.”

When asked if The Sanctuary was the inspiration for ‘The Beach’ Michael Doyle said he had”fuzzy memories of a guy hanging out in a hammock and just watching the flow of life for a couple of weeks in the mid-’90s”.

“And I can put names to a few of the characters in the story, so there’s that. It didn’t click so much with the book as with the film.”

But Gill Beddows said the comparisons were quite obvious.

“As soon as the book came out, I knew. There were just too many coincidences.”

And the same problems that beset the community in the film were also happening at The Sanctuary.

“We were living in the hippie belief that everyone could live together, and we didn’t need to let the outside world in and let money spoil everything. Gradually reality came in, knowing this wasn’t sustainable without income.”

Michael Doyle started to manage The Sanctuary in 1998 so that Gill and Steve could look after their other business interests. It already had an excellent reputation as a wellness retreat. 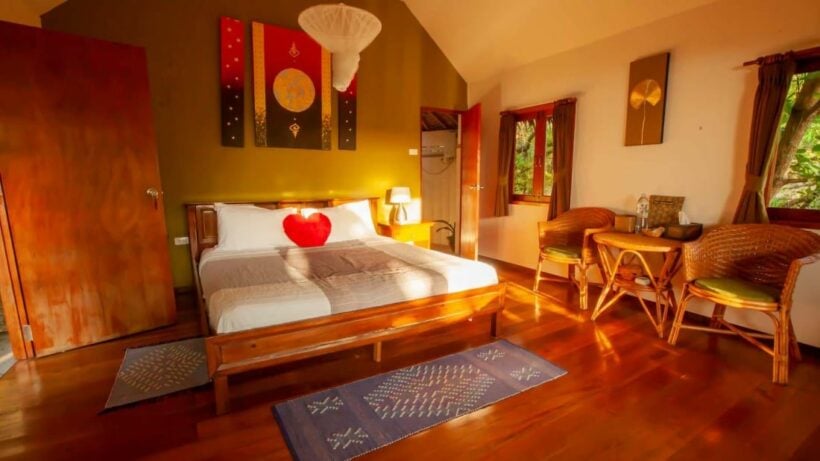 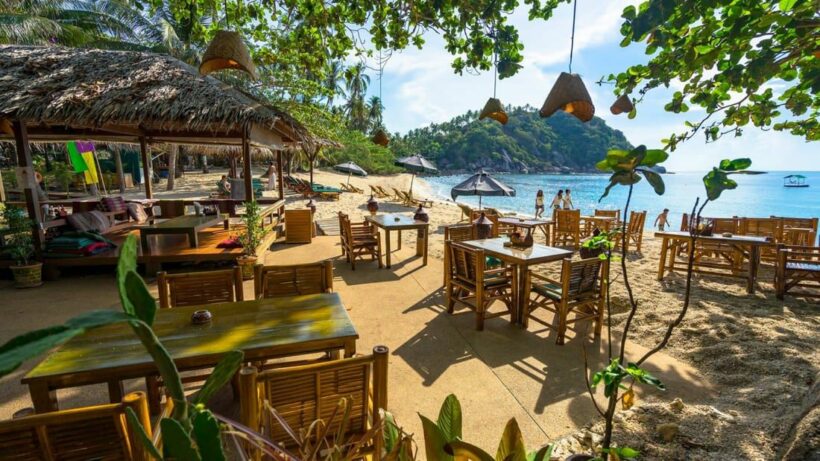 By 2013, The Sanctuary was booked out most of the time and the staff were turning away hundreds of requests for stays over the Christmas and New Year holidays. It’s success continued as Koh Pha Ngan grew in popularity as tourists discovered there was more to the little Gulf island beyond the Full Moon Party.

Once Thailand’s borders were closed in March this year, The Sanctuary was wrapping up another successful high season. Some gusts promptly left whilst they could. Future bookings were cancelled but others stayed on.

Michael says they had to make a lot of decisions quickly, with the threat of borders closing and people still in-house. They got all the remaining guests and staff in to the main restaurant for a chat.

“We let them know that during the island lockdown, they might not even be allowed on the beach, and that food supplies might get thin. In the end, everyone left except for a couple to whom we gave favourable rates for as long as they stuck it out.”

Although many employees headed back to their homes from mid-March the resort continued to operate. The Sanctuary successfully maintained its record of never closing down since its original opening, even in the midst of Thailand’s tourist drought.

The Sanctuary now has its own TV channel, streaming both live and taped events and a web page, Sanctuary Wellness Live.

As for the actual ‘Beach’, the secluded resort maintains aa steady stream of Thais and expatriates living in Thailand. There are still yoga classes, spa services, meditation, healthy dining and detox programs, plus the beautiful bay, and The Beach.

You can find out more about The Sanctuary Thailand HERE.

“This is where the hungry come to feed. For mine is a generation that circles the globe and searches for something we haven’t tried before. So never refuse an invitation, never resist the unfamiliar, never fail to be polite and never outstay the welcome. Just keep your mind open and suck in the experience. And if it hurts, you know what? It’s probably worth it.” 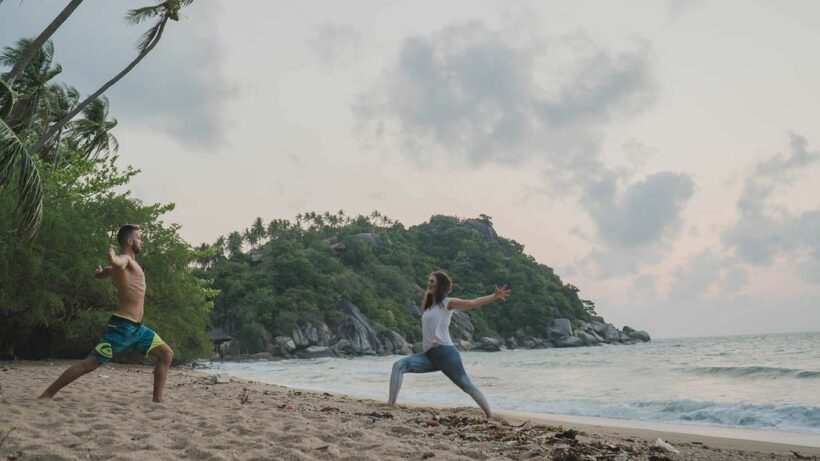 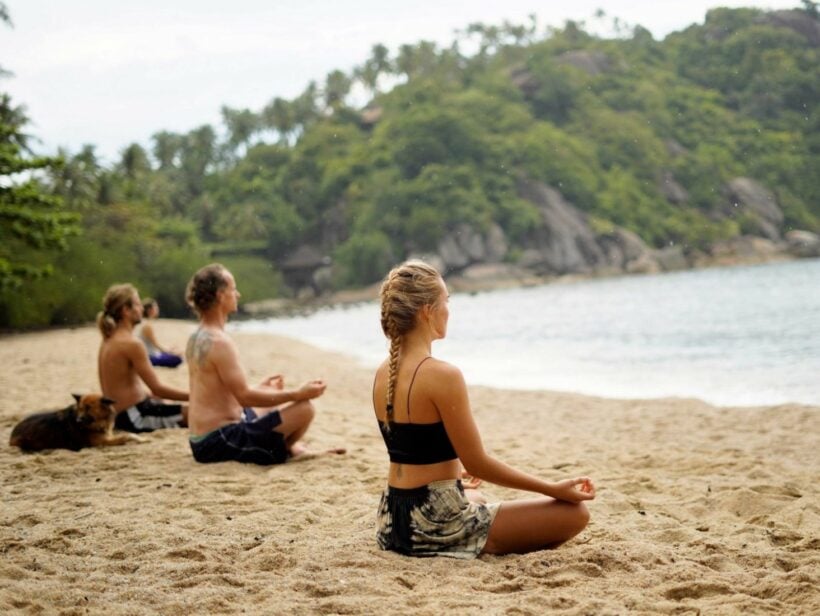 The story originally reported on CNN.