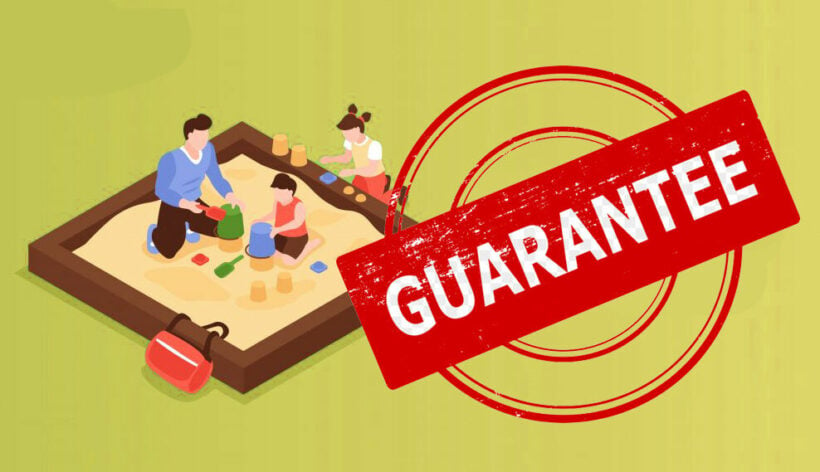 “The ‘Sandbox Guarantee’, or a similar style of guarantee for incoming passengers, is an important step if the Thai government is honest about restarting the country’s vital tourism economy.”

In Bangkok they are preparing to lock down the city, well, add extra layers of restrictions and a curfew, and stop people getting out and heading back to their provinces.

In Phuket they are trying to get people in, via the Sandbox – an option for fully vaccinated travellers to come to Phuket for a 14 day stay before then being allowed to travel around other parts of Thailand.

But, to say the least, the Sandbox has gone a bit off script. Not through a lack of good intentions and planning. But by the capricious nature of the current Covid surge and the emergence in Thailand of this Delta variant. Just really bad timing. 3 Sandbox arrivees have now tested positive for Covid-19. The Governor has also closed down most of the schools on the island. His reason, to paraphrase, “…an abundance of caution”.

The fact that it hasn’t stopped raining in Phuket over the past 3 days hasn’t helped the optics of the Sandbox. But, hey, it’s the monsoon season and it rains from time to time.

But back to Bangkok for a moment. Without actually mouthing the ‘L’ word, Bangkok is now heading into a period of virtual lockdown… not only Bangkok, but the city’s immediate provinces encircling the capital, along with four southern provinces adjacent to the Malaysian border where there’s been another surge of cases.

There’s a curfew, there are more shop closures, there are additional layers of restrictions. Call it what you want… it’s a lockdown by any other definition.

And officials are going to restrict the movement of people from the dark red Greater Bangkok zone. Problem is, they gave people a 3 day warning about the new checkpoints, so guess what people have been doing all weekend? Yep, fleeing the capital and heading home to their provinces, in many cases moving the problem out of the city back into the provinces, which have so far been spared the worst of the ravages of this third wave of the coronavirus.

Meanwhile Koh Samui, Koh Pha Ngan and Koh Tao are dusting off their reception desks and washing the glasses all ready for their very own reopening under the Samui Plus brand, basically another Sandbox (on July 15). They were expecting some 2,000 travellers to the island within the first 30 days. But even that conservative number now looks optimistic given the current circumstances.

The Phuket Sandbox model, that started on July 1 along the Andaman Coast, is faltering and has to continue operating in a situation where the country’s capital is in virtual lockdown and other provinces are looking at quarantine and other restrictive measures to control their local situation. Where are these travellers hoping to travel to after their 14 days of island quarantine?

Why would they bother heading to Bangkok when there’s little to see and do at this time? Unless you have a family or a clear need to get back into the country, you may as well keep hanging out on the islands for the rest of your trip.

The recent detections of positive tests amongst the Sandboxers was always going to be a risk. How the local officials handled those risks was also untested. But now we know.

The people testing positive, and their families, are being sent into quarantine. And people in close contact with any of these travellers are also being told to isolate, AT THEIR OWN COST. And their covid insurance doesn’t cover the travellers for these additional costs (unless they actually get sick). This is where island officials and tourism operators could step in, turn the negative into a positive story, and remove some of the risk factors.

People travelling to Thailand, under the new Sandbox guidelines – to Phuket or the Gulf Islands, should be guaranteed that they will not incur any additional costs if they end up at the bad end of a positive result. Especially if they just happened to be on the wrong flight, or in the wrong place, and they just happened to be in close proximity to some who has tested positive. Why should they have their visit ruined, at their own cost?

It’s now time for Thai officials to make it clear to Sandboxers that they won’t have to incur additional quarantine or accommodation costs because of these public health measures. They also need be able to guarantee a refund on unused pre-paid accommodation if they choose to head home early because they’re ensnared in a situation where they’ve been exposed to a person testing positive for Covid.

If local officials are REALLY trying to re-open these tourist locations and REALLY want the Sandbox plans to work they must provide a level of guarantee so travellers don’t end up being stuck in an expensive ASQ hotel, or having to miss booked flights, etc. And what happens if tourists end up stuck in Phuket if things turn pear-shaped for the island’s Covid control measures? Again, the Government should be pro-active in providing a published guarantee if something like that happens.

The ‘Sandbox Guarantee’ could help bolster confidence in a plan that, for now, leaves doubt in the mind of potential travellers. “What if that happened to me and my family?” That is a perfectly valid question if you’re thinking of travelling to Thailand at this time. The ‘Sandbox Guarantee’ would show that the Thai Government, and the well-funded government tourism bodies, are real about making the Sandbox experiments work without further gouging the pockets of the hapless travellers.

They could go further, with an added Monsoon Guarantee as well. If it rains all day, we’ll give you a free massage and theatre ticket. Or a variation on that theme. Take all the “what ifs” out of the minds of potential Sandboxers.

These pioneer travellers, whether they’re coming for an actual holiday or just using the Sandbox as a way to get back into Thailand, deserve a level of protection against these occasional mishaps. There will be further positive cases detected amongst foreign travellers but they, and the people around them, shouldn’t be punished and forced to pay out for these accidents.

The ‘Sandbox Guarantee’, or a similar style of guarantee for incoming passengers, is an important step if the Thai government is honest about restarting the country’s vital tourism economy.

Check out what happened to one Sandboxer… 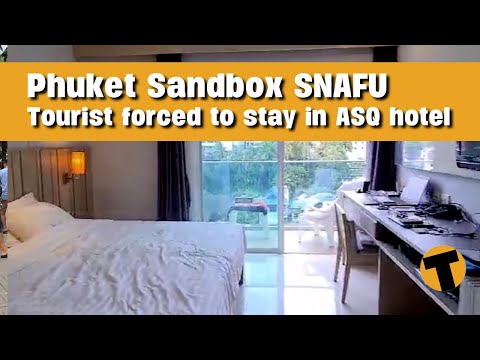 The views expressed by the writer do not necessarily reflect the editorial stance of The Thaiger.

Bluesofa
1 hour ago, AussieBob said: My understanding is that each hotel is required to check that all of their guests are in their room each 'night'. Exactly when that is to occur is not defined, and it is up to the…

AussieBob
11 minutes ago, Mike-Hunt said: Once the check has been done, you can unroll the rope ladder out of the window and make your escape. The guards won't know until the next morning, when you could already be in Switzerland.…
DFPhuket
I'm in the DoubleTree Hilton at Patong. After the initial negative test result from the airport (I arrived at 2 PM and got to the hotel at 4 PM - my results were out at midnight) there have been zero…

Luap
2 hours ago, DFPhuket said: I'm in the DoubleTree Hilton at Patong. After the initial negative test result from the airport (I arrived at 2 PM and got to the hotel at 4 PM - my results were out at…

AussieBob
2 hours ago, DFPhuket said: I'm in the DoubleTree Hilton at Patong. After the initial negative test result from the airport (I arrived at 2 PM and got to the hotel at 4 PM - my results were out at…