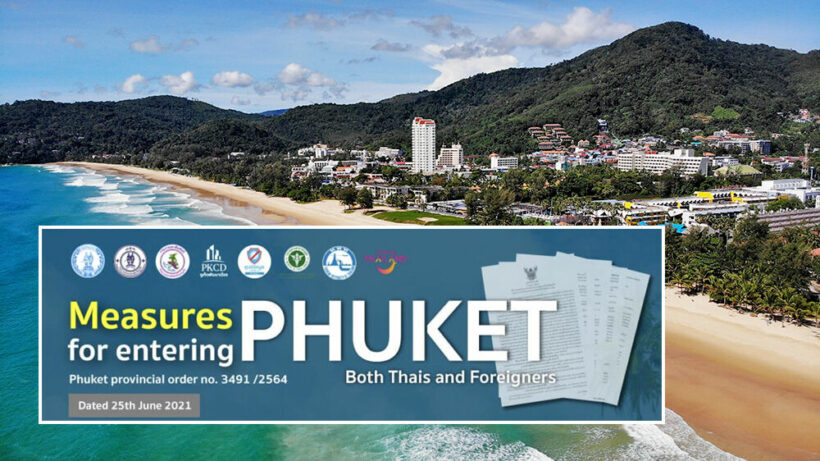 The latest official traveller advice for the Phuket Sandbox has been announced. The infographic points out that the information is valid for Thais and Foreigners. There are no surprises although there are some prickly issues still unanswered by with the Phuket Governor’s information announced late yesterday, including clarification on exactly who can stay with an international arrival at their SHA+ hotel. Or not.

There’s also no announced procedure for what happens if someone returns a positive test, or a member of their family, doing their stay on the island.

Travellers will have to undergo 3 Covid tests during their stay, at their cost. Children under 6 are exempt from this condition.

This morning several Thai embassies announced that they would start processing Certificates of Entry from this Monday.

As usual, we’ll publish anything new on the situation and follow the reopening of Thailand to vaccinated travellers, initially via Phuket, with interest. 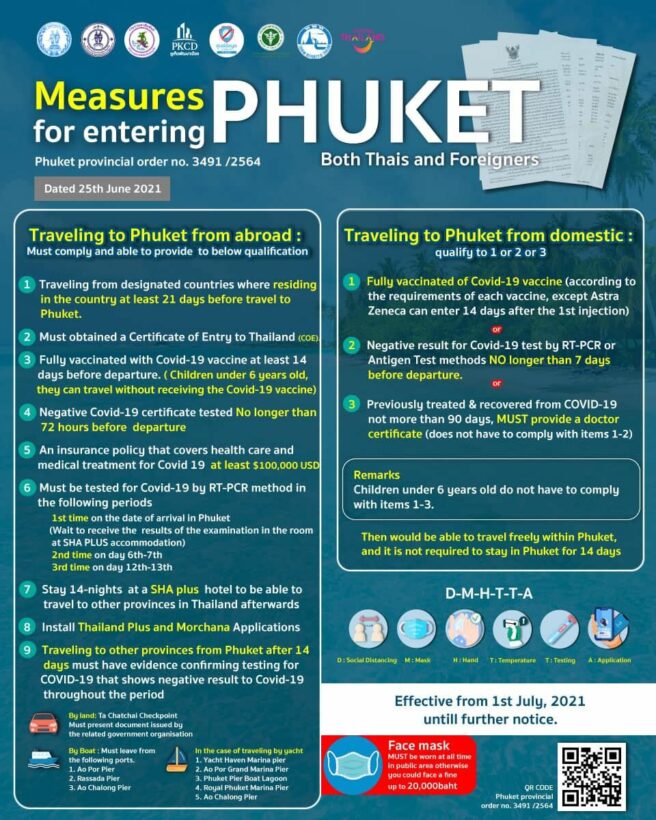 Stardust
3 hours ago, DFPhuket said: For those of us trying to get COEs, the incompetence has been epic.  Last week embassies said to apply via the COE website, get a pre approval and then complete the process of uploading hotel and flight…
2Lotus2
I thought that the covid tests would be covered as part of a hotels SHA+ certification. I sent your pic to my hotel and asked for clarification. Thanks for the heads up!

bushav8r
This was posted today at the Royal Thai Embassy website in Canada.  Nothing is really new and unexpected except for the requirement of a direct flight to Phuket. This will be problematic.  They made no mention of paying in advance…

King Cotton
On 6/29/2021 at 1:20 AM, Lcitaly said: Thai officials must be full of covid bugs in their mind if they think that someone can go on to a sandbox procedure? 3 tests? Doesn't make sense when you are already double vaccinated.…

King Cotton
On 6/29/2021 at 8:45 AM, 2Lotus2 said: I thought that the covid tests would be covered as part of a hotels SHA+ certification. I sent your pic to my hotel and asked for clarification. Thanks for the heads up! Yeah…