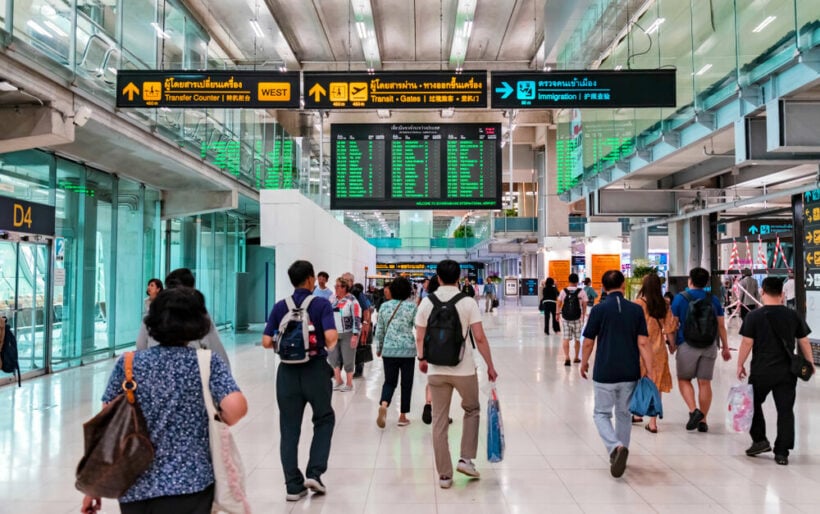 “The recent 3 months of total international arrivals were around 3.4% of the arrivals at the same time 2 years ago.”

The Test & Go program of the Thailand Pass is set to start again this Tuesday, a rebooted version with some additional costs and paperwork. Travellers will need to book an extra pre-paid SHA+ room and PCR test for Day 5 of their stay. In the original version of Test & Go you only had the one test and pre-paid room booking on Day 1.

The actual registrations for the revised Test & Go don’t start until February 1. So the first arrivals will follow in the days, or more probably weeks, after.

Since December 22, when the original Test & Go program was shelved, the various Sandboxes have filled the arrival void, with 7 days of SHA+ prepaid hotel bookings in a designated province or region – roam around during the day then check back at your SHA+ hotel overnight.

Arrival numbers to Thailand have been lukewarm since Test & Go was first introduced. From November 1, when the first Test & Go program started, until now, there have been 381,871 international travellers arrive – 83% of those arrivals came in on the Test & Go program with the remainder in the Sandbox or Alternative Quarantine programs.

Whilst tourism businesses around Thailand are hoping the reboot of Test & Go will build on the tepid initial response, flights into the Land of Smiles remain limited at this time – the demand simply hasn’t reached a level whereby international carriers feel they can swiftly add new schedules into the country.

The online response to the added costs of SHA+ accommodation and PCR test on Day has been less than favourable – some calling it the “Test & Go, then test again” program.

Meanwhile, neighbouring countries are starting to re-open their borders to travellers, with greater or lesser levels of restrictions.

The Philippines plans on reopening to some fully vaccinated tourists on February 10. Travellers from most countries will finally be allowed to enter the south east Asian tourism competitor, after plans to reopen on December 1 were scrapped due to the spread of the Omicron variant.

The announcement to reopen Philippines will allow fully vaccinated travellers from 157 countries who were previously permitted to enter the country without a visa before the pandemic, to resume travel to the Philippines from February 10. The Philippines reopening plan does not involve any sort of quarantine and only requires a recent negative Covid-19 test before travelling to the country.

Next door to Thailand, a campaign named “Cambodia: Safe and Green Tourism Destination” was launched on Thursday. All fully-vaccinated tourists are welcome to Cambodia without quarantine.

Singapore says it will continue to limit the number of travellers who can enter the island nation through its quarantine-free, vaccinated travel lane arrangement.

But some restrictions are easing. Travellers who enter Singapore after January 24, through the vaccinated travel lane flights, can do “unsupervised, self-administered rapid Covid tests” for 7 days after arrival if they intend to leave their place of residence. And they don’t even have to do any official submission of those results.

Further south and Indonesia’s beach paradise, Bali, has had an anticlimactic relaunch of international tourism since a program was launched in October 2021. Indeed, in the first three months of the ‘reopening’, not one commercial international flight landed at Bali’s Ngurah Rai Airport.

Before October last year, Bali only saw 45 international tourists arriving in the first 10 months of 2021.

Simply, flights to Thailand at this time, even after February 1, are a small proportion of the flight options available in pre-Covid days.

So how open is Thailand on Tuesday when the new Test & Go program relaunches?

Bars and nightlife are still, officially, closed. A loophole allowing bars-converted-to-restaurants to reopen and serve alcohol until 11pm has given thirsty patrons a place to have an evening tipple, but it’s a pale shade of Thailand’s former nightlife glory. And that’s only in, mostly tourist-friendly, Blue Zones. The CCSA, who administer Thailand’s Covid response, will meet again next week to review the current zonings and restrictions.

Face masks are still mandatory in public areas. Although most Thais and local expats don’t seem to have much of a problem with the mandate, a coterie of potential travellers say they won’t return until the mask wearing rules are lifted.

Whilst the CCSA has kept the Test & Go program on ice since December 22 last year, the daily reports of new infections and deaths related to Covid-19 have flatlined, like literally flatlined – in a range of 12 – 20 deaths and 7,000 – 8,600 new cases over the past month.

The statistical stabilisation of Covid infections have given confidence to the CCSA to relaunch the Test & Go program but not quite enough confidence, at this stage, to make the next big steps of removing the quarantine and PCR testing for travellers. Allowing bars and nightlife to properly reopen would also give an extra kick to the tourist numbers when Test & Go Version 2.0 starts next week. 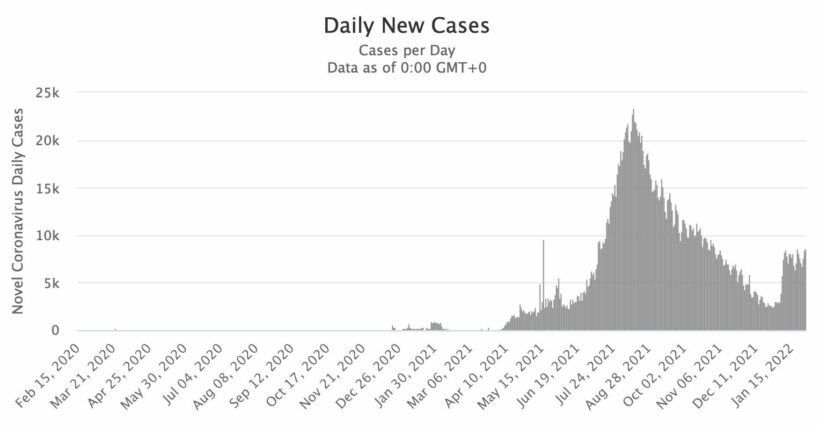 You can visit the Thailand Pass website HERE. There is NO cost to register for a Thailand Pass, including the Test & Go, Sandbox and Alternative Quarantine programs.

One day to go before Test & Go resumes I GMT

Dr Yong: I don’t think “endemic” means what you think it means.