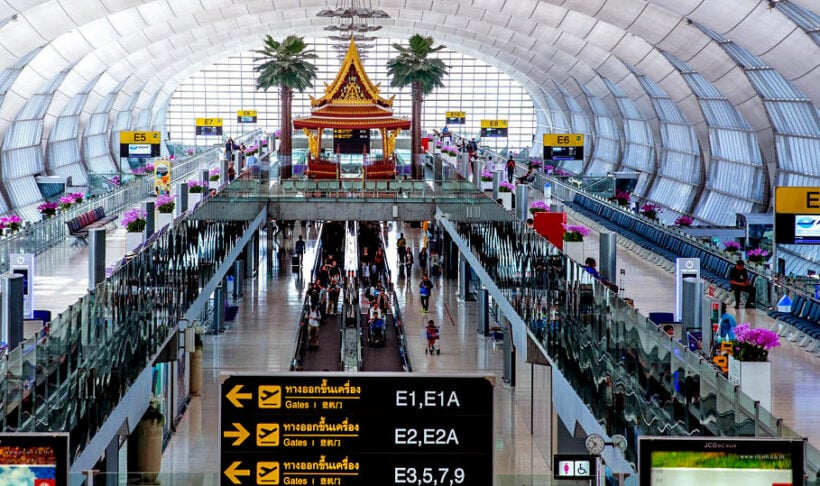 Amid gloomy forecasts and predictions for Thailand’s tourist industry, some good news out of the country’s largest airport, Suvarnabhumi Airport in Bangkok.

The number of passengers arriving at Suvarnabhumi Airport in Bangkok is expected to rise to 200,000 a day when the ‘winter season’ starts in October. The airport’s general manager Wing Commander Suthirawat Suwanawat says the arrival of flights and passengers during the winter season is expected to increase by 2-3%, compared to last year.

Passenger arrivals averaged 200,000 per day for ten consecutive days from late December to early January during the last high season (2018/2019).

Wing Commander Suthirawat noted that Chinese tourists have also started returning to Thailand and several Chinese airlines have requested new landing slots. A few have been rejected due to too tight schedules. He reported that the airport expected to see the number of arriving passengers at the end of this year stand at about 66-68 million, an increase over last year’s 62.81 million.