In an effort to increase the standard of living for people through digital technology, 15 areas have been earmarked for the government to implement the development of smart cities. A meeting was held of the National Smart City Steering subcommittee, chaired by Deputy Prime Minister Prawit Wongsuwan.

Meeting saw attendance from the Ministry of Digital Economy and Society, Smart City Thailand Office, and Digital Economy Promotion Agency, among other related representatives and agencies. In that meeting, the group certified 15 locations to be implementation areas for smart cities.

The logo for smart cities was designated for each of these 15 areas that will receive support from the Thailand Board of Investment including promotion and financial aid. In addition to those 15 cities, 50 more smart cities across Thailand will be designated as promotion areas.

The idea of using digital technology in smart cities to improve people’s quality of life is part of the 13th National Economic and Social Development Plan, mentioned as a component of the 5 points PM Prayut Chan-o-cha pushed for Thailand to focus on. Prawit asked everyone at the meeting to cooperate in developing the smart cities and the meeting further discussed work plans related to smart cities and aimed at local administrations, relevant agencies, and city budgets.

Some of the cities across Thailand that are among the 15 that were tapped to be implementation areas and receive the smart city logo: 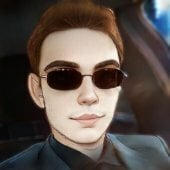 King Cotton
1 hour ago, Thaiger said: A meeting was held of the National Smart City Steering subcommittee, chaired by Deputy Prime Minister Prawit Wongsuwan. Stand back everyone . . . there'll be one hell of a back-wash after this empty vessel…

Bluesofa
This article is spot on with the waffle. Why are there are absolutely no details whatsoever about how it will improve lives? Have the wafflers-in-charge not figured that out yet, or are they waiting for someone with some common sense…

Dedinbed
1 hour ago, Thaiger said: National Smart City Steering subcommittee, chaired by Deputy Prime Minister Prawit Wongsuwan. time will tell with the minister for timepieces in charge whether it turns out to be another wind up .. if he don't…
Jason
Big announcement....but as always ...time will tell....