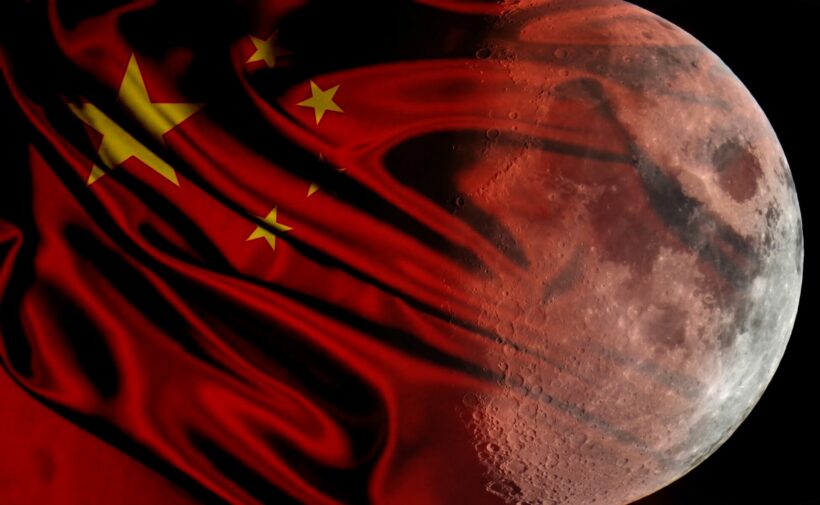 PHOTO: China may be planning to take over the moon. (FILE PHOTO)

NASA warns that, while the sky may not be falling, the moon may be falling… into China’s hands. The head of the US National Aeronautics and Space Administration said in an interview that China has plans in place and a partnership with Russia for a lunar base by 2035 and he fears it may be a bid to assert ownership over the moon itself.

Bill Nelson, NASA’s head, said in an interview published Saturday by German tabloid Bild that we are now witnessing a space race that could lead to fights over who has authority over the moon.

“We should be very worried that China is going to land on the Moon to say: ‘now it’s ours and you stay out.’”

Currently, the competition stands between the US and this China-Russia collaboration – and Thailand? – who are racing for new space accomplishments. Americans have plans for a lunar trip by 2025, sending a woman to the moon for the first time (despite Ralph Kramden’s best efforts on the Honeymooners). But China aims to have their moon base fully operational by 2035.

Having a base and control of the moon may seem like a weird flex in a wasteful battle of bravado, but there is tangible advantages to claiming the desolate orb in space. The south pole contains water reservoirs that could be used in the production of rocket fuel. A lunar base would also be a perfect location to observe and potentially attack and destroy satellites belonging to opposing countries.

The idea sounds like a plotline from the satirical Space Force Netflix show, but China is known to have long been researching technology to use nets or robotic arms to trap or crash satellites. The development is said to be a programme to help clean up Chinese space debris, but could easily be used with malicious intent against other countries.

The Chinese government has strongly denounced the statements by the NASA head, who also said that China has stole a lot of technology and ideas, and warned that the Chinese space program is a military program. Space.com has dismissed the threat of China taking over ownership of the moon as unlikely.

ThaiEyes
Who cares? There’s nothing up there. It would be relatively easy for the US to have a moon base maintained to fend off such activities if necessary. Especially if it’s actually strategic for Mars missions, etc.   China faces all…
ronnie666
So what has been done in the past with earth now going to do with the moon fight over it, maybe war? History going to repeat itself

UK airport has to suspend flights because of ‘melting runway’