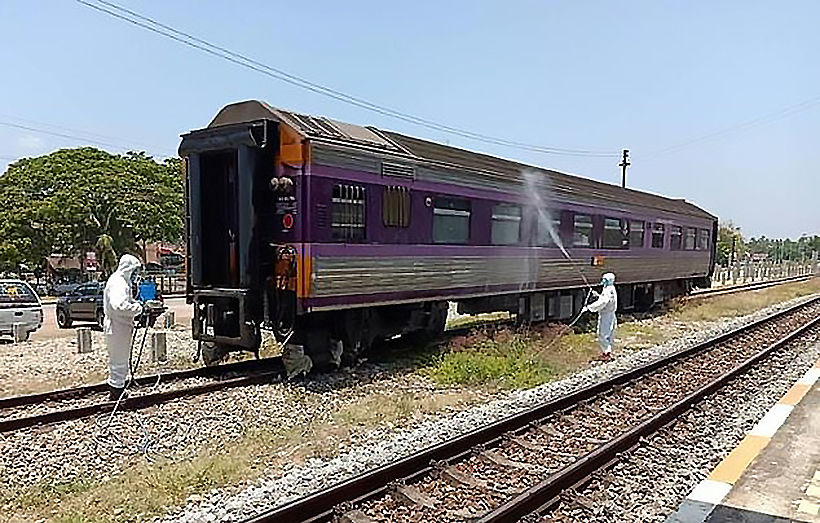 A man has been run over by a Bangkok-Ubon Ratchathani train early this morning in the northeastern province of Korat, with rescuers saying his body was cut in half. Police rescue workers say they discovered the man’s mutilated body at around 2am about 200 metres from the Huay Thalaeng district railway station.

Police say the man appears to be between the ages of 50 to 55 years old and are currently investigating to find his identity after no documents were found on his body. They say it is not known whether he had fallen from the train or was crossing the track when the accident happened. Police say one of the man’s legs had been previously amputated, which could help identify the victim.