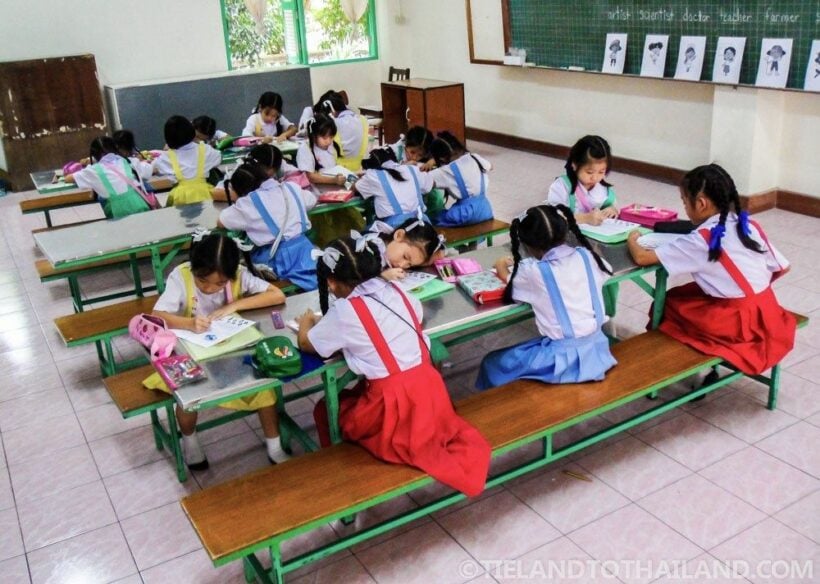 A new poll finds the vast majority of Thais believe child abuse at schools is not okay. The Suan Dusit Rajabhat University Poll, or Suan Dusit Poll asked 1,896 people nationwide from September 29 – October 2, to gather their opinions on the recent spate of reported abuses of children in Nonthaburi and other Bangkok schools.

(The Thaiger believes it’s an odd poll to conduct).

Although 79% of respondents say they did not have direct experience with such violence in classrooms by teachers, about 84% say the teachers who were accused of the abuse had overacted with about the same amount saying they lacked professional ethics.

21% of respondents say they had direct experience with school violence, which included being beaten with a ruler, stick, blackboard eraser, pinched or kept in isolation from others. A large majority also said the abuse indicated negligence on behalf of the schools with the same amount indicating the Ministry of Education should urgently put preventative measures in place.

Almost 87% say the teachers lacked a conscience and spirit of being an educator with 73% saying the problem showed a failure in screening teachers, and 63% blaming school administrators. Lower percentages (under 50%) blamed social, economic, family and personal problems for the abuse.

An overwhelming majority also pointed the finger towards school administrators, saying they should pay more attention to teachers, including their behaviours and that of the students.  While 68% of respondents said parents must keep a close watch on their children and about 61% said such abuse should see educators receiving harsher punishments.

The poll’s results come after the news of a school in Nonthaburi being criticised after one of its teachers was caught on CCTV hitting and pushing kindergartners to the ground.  The school fired the teacher along with other teachers who witnessed the abuse but did nothing to stop it.  The controversy also caused an investigation into the teachers, finding that many were not properly licensed.

2 new cases of Covid-19, both Thai returnees from UK and South Africa