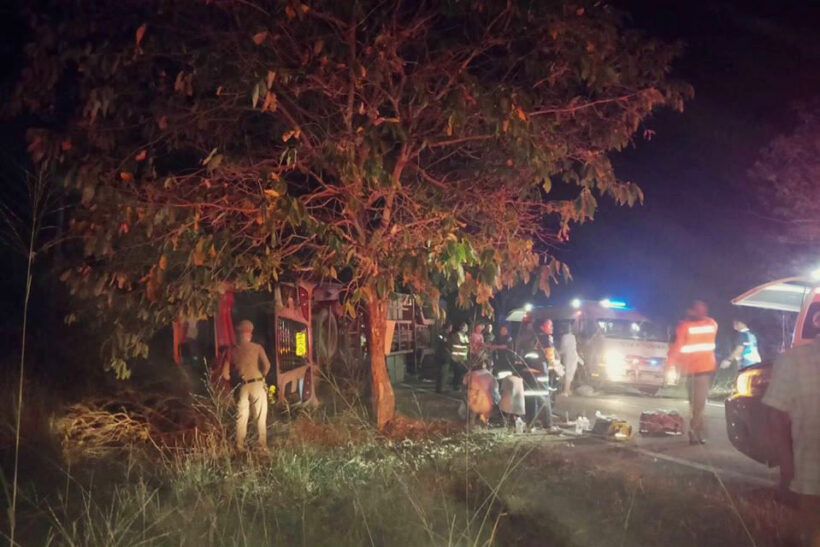 Just two days after 14 Singaporean tourists were injured in a tour van crash, 4 people have been killed and at least 47 people injured, some seriously, after a tour bus from Buriram lost control last night.

“Brake failure” has been given as the reason for the crash.

The bus, which was carrying mainly elderly Buriram residents, ended up on its side in a roadside ditch, throwing at least four people from the bus as it turned over and crushing them.

The driver, Somjate Sooksong, whose age has not been revealed at this stage, was only slightly injured. He explained to Thai media that he was driving the bus from Loei back to Buriram, in Thailand’s far north-east, when the brakes suddenly failed, causing him to lose control and veer off the road into a ditch.

The injured were taken to a local hospital and police are investigating the incident.