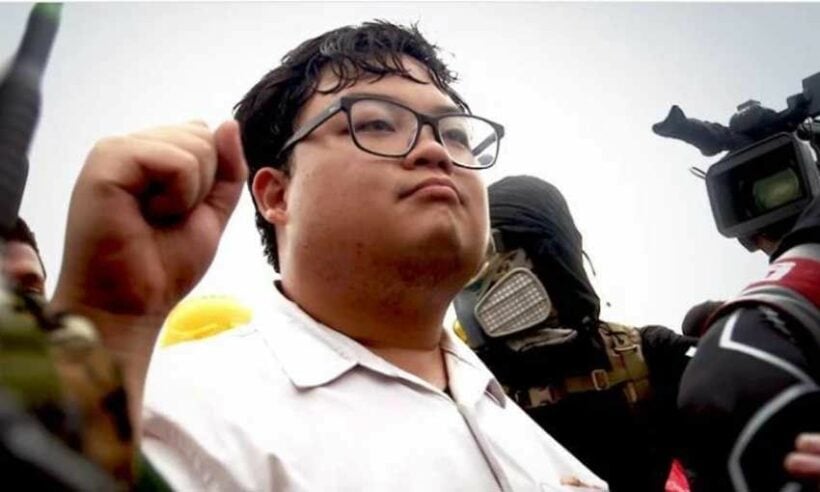 Pro-democracy protest leader Parit Chiwarak, aka “Penguin”, has sought to distance himself from the Free Youth group, following the movement’s defence of republicanism and communism. Thai PBS World reports that Parit’s move comes after a statement by the group, declaring that communism does not mean dictatorship. The statement, which appeared on a banner posted online by Free Youth, came shortly after the group changed its logo to resemble a hammer and sickle.

In its statement, the group goes on to defend communism, accusing “despotic capitalists” of fearing it as an economic model. It adds that the real meaning of communism is not that which is propagated by capitalists.

Parit says this way of thinking does not reflect the political philosophy of the Ratsadon group, of which he is a member. He is also a member of the United Front for Thammasat and Demonstration and says neither group shares Free Youth’s ideas on communism. He says both groups believe in democratic rule, whereby all citizens enjoy equal rights and freedoms.

He adds that while freedom of speech means Free Youth has the right to advocate for communism or republicanism, the group should give careful consideration to whether these ideologies reflect the will of the people.

Cannabis no longer a Category 5 narcotic… except for the buds