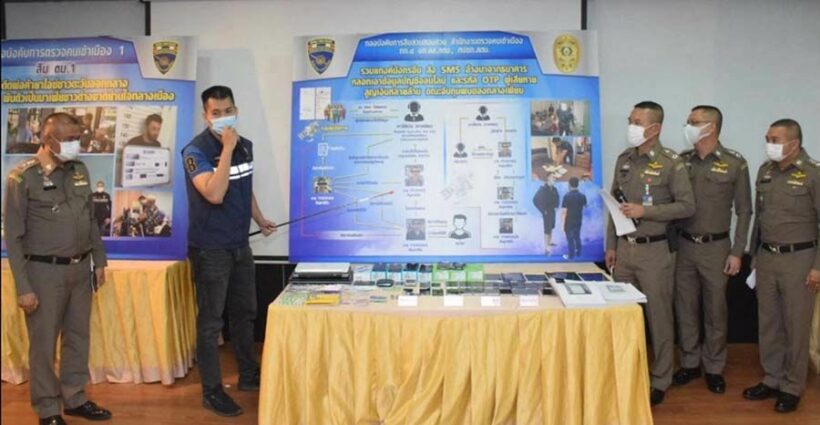 Immigration Police have arrested 3 Chinese nationals accused of a phishing scam involving the Siam Commercial Bank mobile app. The men all entered Thailand illegally and are accused of defrauding SCB customers by conning them into providing their personal data and passwords.

Sompong Chingduang, chief of the Immigration Police, says Yong Hua and Yue Dian were arrested at a property in the Bangkholaem district of the capital, with Pei Hong arrested at a house in the Lat Phrao district. Officers also seized a total of 88 items, including computers, mobile phones, ATM cards and bank books.

“Officials tracked down the gang, which had entered Thailand illegally from Taiwan. They had created a fake application mimicking the mobile banking application of Siam Commercial Bank, called SCB Easy, to siphon millions of baht from several victims’ bank accounts.”

Nation Thailand reports that the gang would contact SCB customers by text, informing them that the bank’s system was undergoing maintenance and that they needed to update their details. They would then direct them to a false application, with instructions to enter their ID card number, phone number, and OTP code. They then used this information to access the victims’ bank accounts on the real SCB app, withdrawing funds which they changed into cryptocurrency.