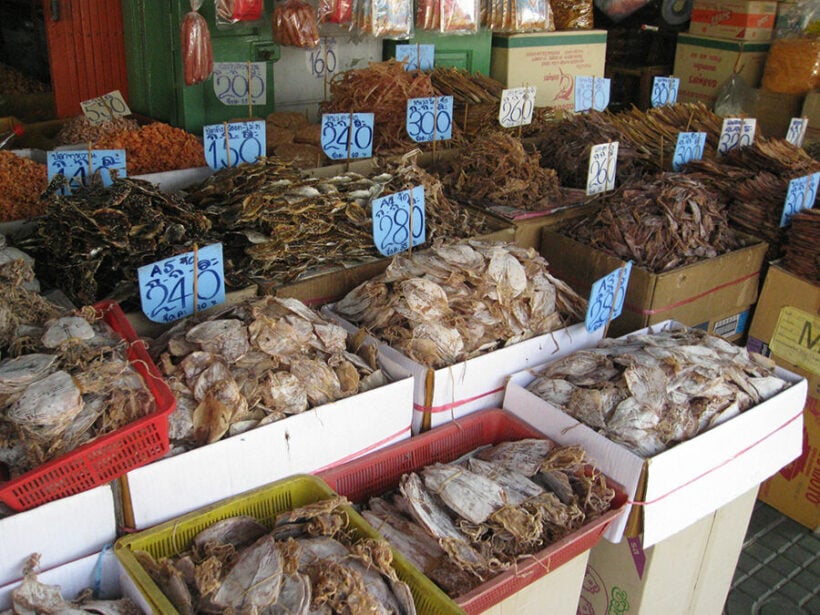 Officials in the eastern province of Rayong continue to test seafood from the surrounding waters amid contamination concerns but so far, all’s good. So says Rayong’s public health chief, Dr Soonthorn Rianphoomkarnkit. Concerns were raised following a devastating oil spill on January 25 that has affected the surrounding waters. The crude oil leak, from an undersea pipeline owned by Star Petroleum Refining, has already reached Mae Ram Phueng beach on the mainland and threatened the popular tourist destination of Koh Samet.

According to a Nation Thailand report, Soonthorn says that so far, none of the seafood sold in the province has been found to be contaminated. However, officials will continue their tests and ensure the local produce remains safe to eat. He says that if any dead fish or fish with oil stains are found, people must notify the authorities immediately. Soonthorn has also warned people not to eat such fish.

In related news, Rayong’s deputy governor, Anan Nakniyom, says a complaints centre is now open and has been operating for 4 days. It’s understood that so far, around 700 people have filed official complaints and this number is expected to increase.

The oil spill could not have come at a worse time for the fragile local economy, coinciding as it does with the resumption of Thailand’s Test & Go tourism entry scheme. Despite the popular Samet island being untainted by the oil slick so far, the fear of it reaching the island’s beaches has put off many tourists, with hotels reporting a stream of cancellations. Some resorts have taken to posting current photos of the island’s pristine beaches in an attempt to woo travellers and fend off any more cancellations.

TSS
rayong health cheif says it's "all good," 🤔so reassuring...

Poolie
3 minutes ago, TSS said: rayong health cheif says it's "all good," 🤔so reassuring... You would know if you had crude oil in your food. Trust me, you cant miss it. It's the thick, black, lumpy stuff.