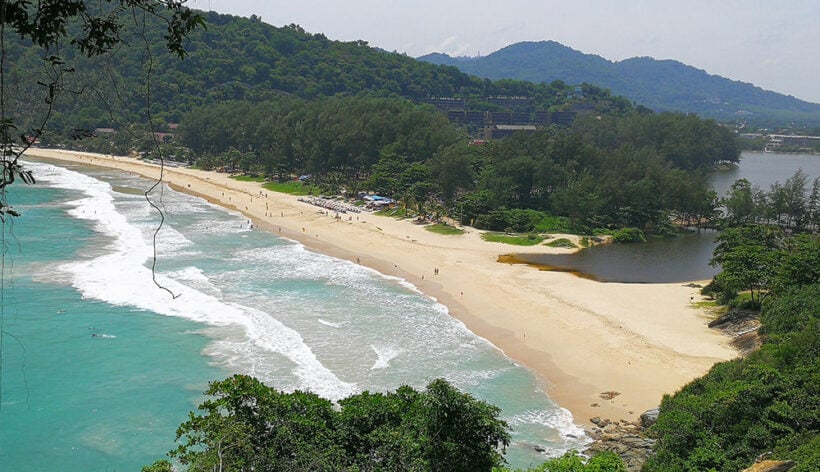 ‘Blackwater’ has returned at one of Phuket’s favourite beaches, this time in the lagoon behind Nai Harn beach, which flushes out naturally when the tide conditions are right. For now, it is dammed up by the sand and has developed into an ugly cesspool for passersby to see.

Responding to complaints from local residents, Rawai Mayor Aroon Solos has denied that the ‘blackwater’ is anything to worry about saying that the discolouration of the water is ‘natural’ and caused by run off from recent rains (it hasn’t rained since Thursday). He said it was just run-off from nearby canals that flow into the lake.

When asked about the new 35 million baht waste-water plant built on the lagoon, and if it played a part, the Rawai Mayor said it had no impact on the current situation.

The photos were sent to The Thaiger last weekend by a ‘MR’ who wishes to remain anonymous which clearly show the dark colour of the water and the banking up of sand preventing the usual flow of water into the shallows of Nai Harn Beach (which, in this case, is probably a good thing).

Mayor Aroon says the Rawai council will excavate the sand tonight (Tuesday) to release the water into the Andaman Sea.

It follows a similar case of municipal media manipulation when the District Chief in Hua Hin explained away a similar pooling of blackwater at a popular beach south of Hua Hin today saying also dismissing the situation as ‘natural causes’. Read that story HERE. 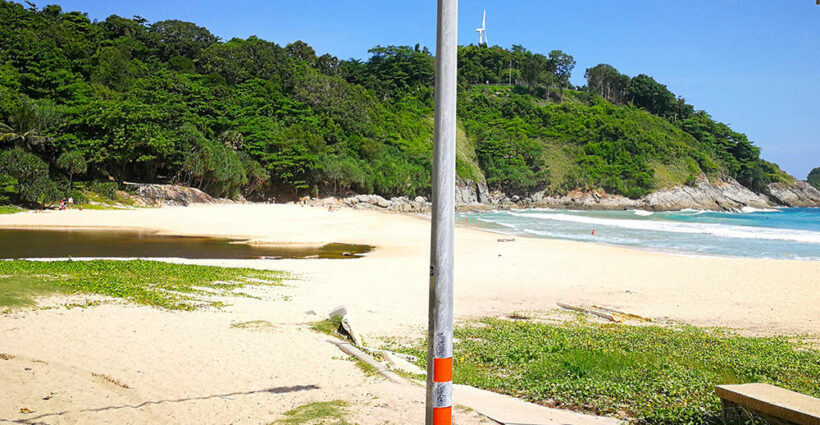 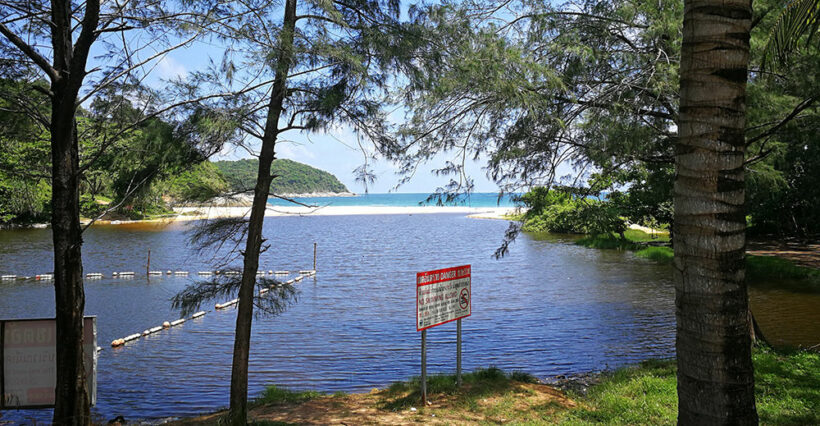