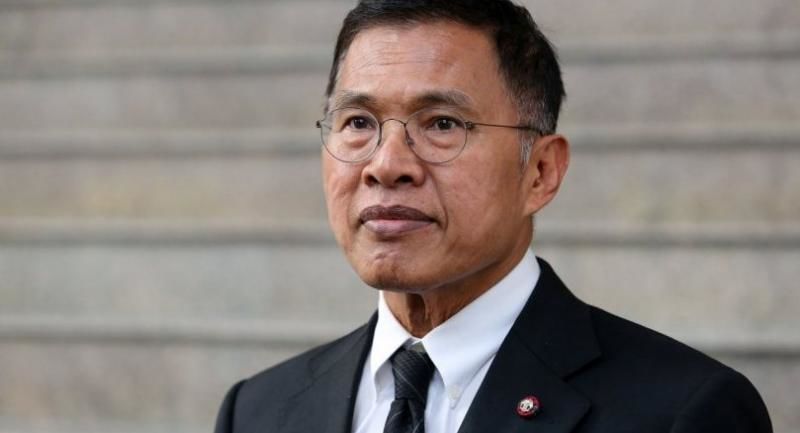 A prominent member of the Pheu Thai Party has defended the decision to leave unchanged the chapters which relate to the Monarchy and to Thailand’s sovereignty, in its proposed re-write of the Constitution. Speaking in response to recent criticism from the Kao Klai Party, Watana Muangsook says any proposed changes will require majority support in order to be implemented, and including divisive or controversial changes makes this far less likely.

He says that while his party is very much opposed to the Constitution in its current form, pointing out that he himself has been arrested on several occasions as a result of his stance, any changes will require the backing of at least 375 MPs and 84 senators.

“Therefore, in order to amend the charter, we have to listen to the voices of the majority. If we propose conditions which are not acceptable to the majority, charter amendments will not be possible. For the many people who accuse the Pheu Thai party of having no guts, I wish them to ask themselves, if the party proposes charter amendments which not many people want, how many government MPs and senators will support the amendments?”

Watana maintains that the Constitution as it stands is designed to help the current administration cling on to power while stealing it from the Thai people. However, he insists that any re-drafting of the charter must stand a realistic chance of majority approval.

“Amending the Constitution is not a matter of fight or not fight. It is about the expectation of success in restoring the power of the people. So, please stop criticising other parties for political gain. That is disgusting.”

His comments come following a statement by the Kao Klai Party that it could not team up with the Pheu Thai Party in seeking a re-write of the Constitution, due to that party’s refusal to touch the chapters in question.