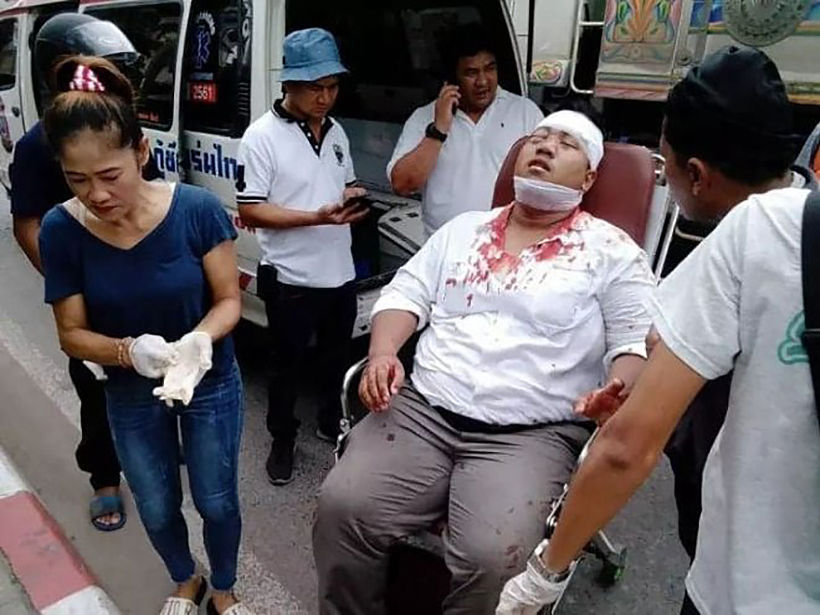 “They create an atmosphere of fear by attacking us, even in broad daylight in the streets.”

Sirawith Seritiwat, aka. ‘Ja New’, is not new to politically motivated violence. As the metal bars beat him again and again in broad daylight in a Bangkok street last month, he wondered if this time the attackers were going to kill him. Suddenly others in the area shouted “the police are coming” and the attackers fled on their motorbikes.

Ja New has been a prominent face of the anti-military opposition movement in Thailand, particularly leading up to and following the ‘election’ held on March 28 this year, the first after a 5 year rule by a military Junta. The severe beating on June 27 followed another similar attack outside his home three weeks before – same situation with heavily disguised attackers in helmets, gloves and black clothes.

Both times he’s ended up in hospital.

Ja New blames the ‘military’ for the heavy-handed brutality. He spoke to the media recently brandishing a fractured skull, broken nose, sever facial and body bruising. Meanwhile the police have offered him protection, with a proviso.

He must give up his activism and opposition to the new government.

“They create an atmosphere of fear by attacking us, even in broad daylight in the streets. And it has worked. I am scared, everyone is scared.”

Ja New says, even as the new government is formed, ‘they’ want to send out a strong message “that they still hold all the control.”

Anurak Jeantawanich has also been violently attacked twice since the election. The first time, he was returning from a protest against the military when a man in a motorcycle helmet forced his way into his house and beat him with a large wooden stick before escaping.

Then, just hours before staging another anti-military protest outside the Thai parliament, he was beaten again, this time by six men on three motorbikes. They crashed into his motorbike and then beat him with metal batons.

“This was a professional attack and is the work of the junta,” Anurak claimed.

“They have hit me with so many legal charges, detained me, come to my house so many times but I have never stopped fighting.” 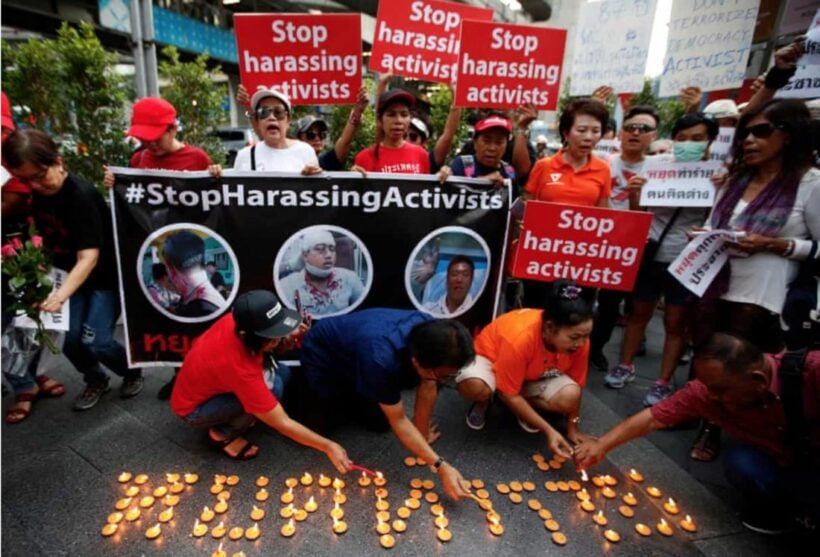 Opposition activists in Thailand, peacefully opposing the military’s grip on power, say they are no strangers to intimidation.

Whilst the excessive brutality dished out on Ja New and Anurak is a show of force designed to intimidate anti-military activists, the previous Junta’s steering of the ‘return to democracy’ has been ham-fisted and fended off opposition using the blunt weapon of the Constitutional Court to skew the processes of forming the new ‘democratic’ government.

Pro-democracy and anti-military elected MPs are facing a different form of government bullying as charges are brought against them over technicalities in efforts to remove them from the political limelight.

Future Forward’s Thanathorn Juangroongruangkit is currently facing a number of charges and awaits deliberations by the Constitutional Court. Thanathorn has spoken out against the military and the need to “rid Thailand politics from involvement of the Army”.

He has been suspended from his duties as an MP over allegations he held shares in a media company at the time of his registration to run in the election. When Future Forward lawyers petitioned the Court with similar allegations of pro-military MPs holding media shares, the Constitutional Court allowed them to continue their duties as MPs, pending a hearing.

If the Constitutional Court had meted out the same suspension on the pro-military MPs the fragile coalition government would have fallen without enough eligible MPs to form a government.

Even to get their prime ministerial candidate (Prayut Chan-o-cha) over the line, the Palang Pracaharat coalition spent weeks lobbying smaller parties, some of them opposition parties in the run up to the election, to vote for Prayut as PM in a parliamentary vote on June 27. In return the Palang Pracharat coalition offered ministerial positions – a situation that now leaves Thailand with some ill-equipped ministers controlling vital ministries and billion baht budgets.

Pol Major General Nithinand Petchborom, deputy metropolitan police commissioner heading up the investigation into Ja New’s attack says they were “working hard on this case and we will not abandon it until we can bring the culprits to justice,” according to The Guardian.

The military have denied any role in the attacks and PM Prayut has instructed police to investigate all cases of violence. 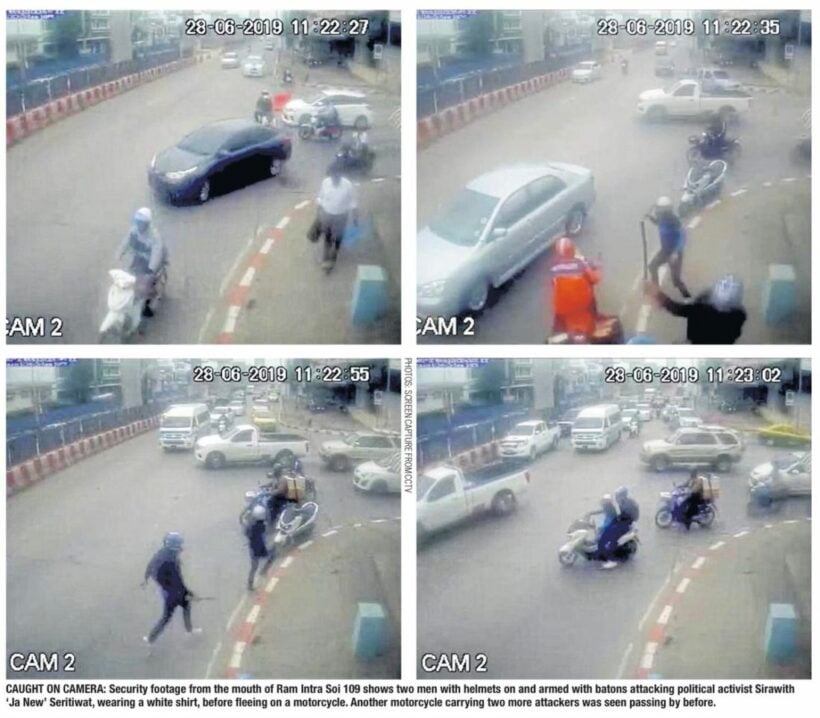