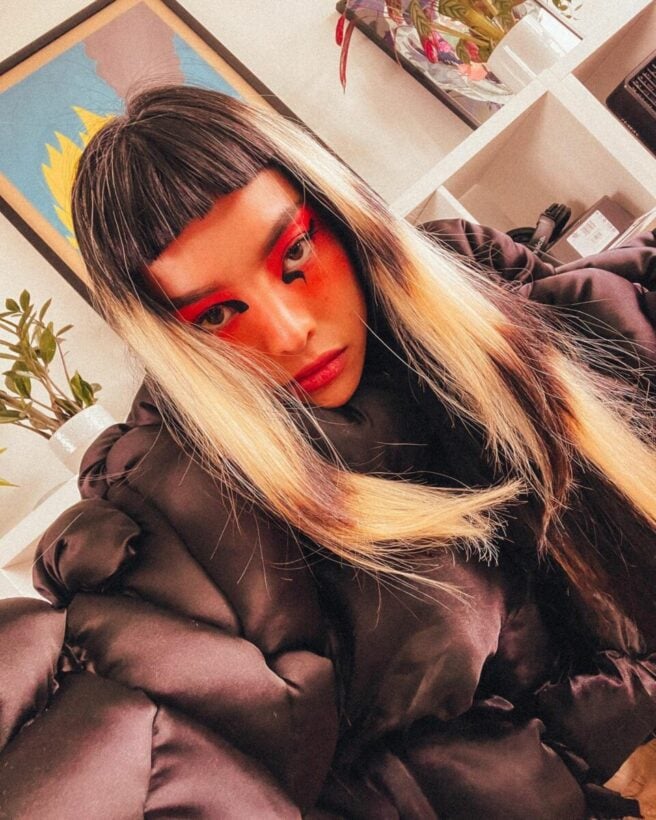 A controversial pop star from Thailand has relocated to the relative safe haven of the UK after fearing for her life.

Constant fears of being incarcerated because of the clash between the kingdom’s conservatism and her contentious musical lyrics have driven Peeralada Sukawat from her homeland.

It’s been something of a meteoric rise for the 29 year old musician, known to her fanbase as Pyra.

The singer first came to national attention as a 9 year old child when she recorded her first hit, a nationalist song, A Hymn to Thai Mothers.

The success spurred the precocious youngster to learn more about the music industry but Pyra’s life changed while studying at Chulalongkorn University in Bangkok. She developed an interest in politics and it angered her.

“When I realised that everything is tied to politics, it became about me living in an oppressed society. I started to develop a sense of how to stand up for myself and other people.”

Pyra used music as a platform for her disillusionment and to vent her spleen against the structures set up in society. Blending mental health and Taoist and Buddhist philosophy with hip-hop, pop, and traditional Thai instruments ensured her popularity continued on a trajectory.

A recording contract with Warner Music Thailand was signed and a single “Bangkok” followed that, collaborating with Sean Hamilton, a Grammy-nominated producer.

The track is a tribute she said,“To the political activists who have fought bravely and sacrificed so much for the cause of freedom and democracy.”

At this point in her career Pyra admitted she was aware that being political could have consequences. She witnessed some of her contemporaries suffering the wrath of the Thai government.

Hip hop outfit Rap Against Dictatorship, who have highlighted corruption and criticised the monarchy in their music, suffered at the hands of the authorities. In 2020, one of the band’s members, Dechathorn Bamrungmuang, was arrested and charged with sedition after appearing at a pro-democracy protest. He was eventually released. More recently, a Thai court banned a Rap Against Dictatorship song because it criticised the monarchy.

Another Thai band, Faiyen, fled the country in 2014 after speaking out against Section 112 or the kingdom’s lèse-majesté laws, an act that will land you in prison. The musicians were granted asylum in France.

The realisation she could become a target became all too relevant during the lockdown in Thailand. Pyra took to social media, TikTok, to release a few songs where she criticised the inequities that exist in the kingdom and the “dictatorship regime.”

The reaction to the TikTok videos was incredible. The songs went viral. Hundreds of thousands of people came out in solidarity. But then there was the inevitable backlash.

Pyra was not only abused by nationalists she was accused of being a threat to national security. She believes that much of the abuse came from government-paid trolls but she wasn’t taking any chances and in March left the choppy waters of Bangkok for the relative calm of London.

The UK seemed to be a more welcoming place. Only two months before her arrival in Blighty, in January, the world-renowned NME music website, hailed Pyra as the Best Solo Act from Asia. Forbes even chose her as one of its emerging Asian entertainers under 30.

“I can finally breathe. I have stopped feeling heavy political oppression.”

Pyra admits her adopted country is far from perfect but she’s having a great time poking fun at the UK’s political system in her TikTok videos, condemning Britain’s immigration policy and UK Prime Minister Boris Johnson and his cabinet. But she’s safe in the knowledge that she won’t be locked up for doing so,

“Here in the UK, everyone dresses as they like, everyone is free to express themselves, and no one questions me. I feel I belong here.”

Marc26
49 minutes ago, dmacarelli said:   We complain about issues here. Does that mean we should all go home? Please.  well...............
Tim_Melb
9 hours ago, Marc26 said: How are the visa polices "disgusting"? Millions have moved to these countries, received the same benefits as people born there, been given a path to citizenship These countries you mention make it a hell of…
Marc26
1 hour ago, Tim_Melb said: Anybody that has had experience with the system knows how racist it is if a small business owner from a Western nation for instance applies for a visa to come to one of these countries…
Leo
On 7/30/2022 at 9:03 PM, Benroon said: Beyond ludicrous - I can't believe you weren't embarrassed writing that ? Are you aware of the UK immigrant tests ? Here's a clue you would fail it. As for sticking up for…

Let’s Travel Back to the 1960s | Thaiger Throwback