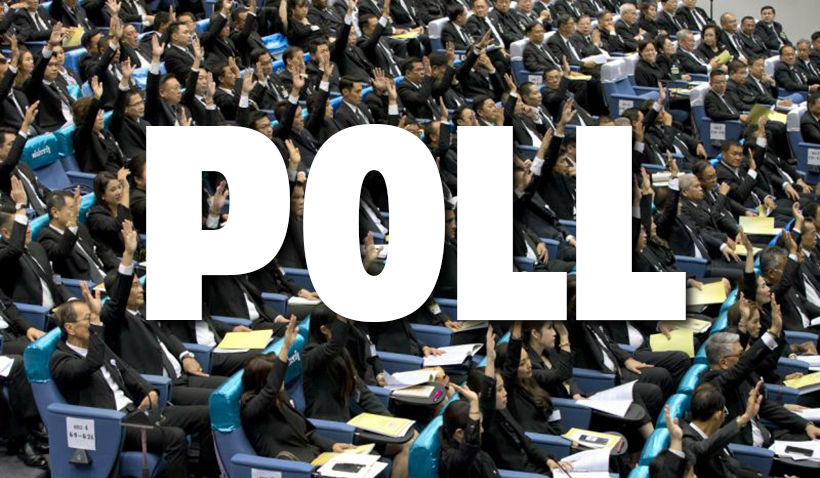 A Super Poll has published results of Thai’s thoughts on the first few days of the new Parliament.

• 78.6% admit they did not believe political parties would fulfil their election pledges.

• 27.2% of the respondents said they have benefitted from the debate

• 79.2% said they didn’t find any MP impressive on the first day of the debate.

Super Poll director Noppadol Kannikar says that the public’s inclination is to give a chance for both the government and the Opposition to address the pressing problems of the people, although most of them do not believe that the parties will fulfil their election pledges.

He said the government, the opposition and the Senate must join forces to reach out to the people and to help ease their hardships.