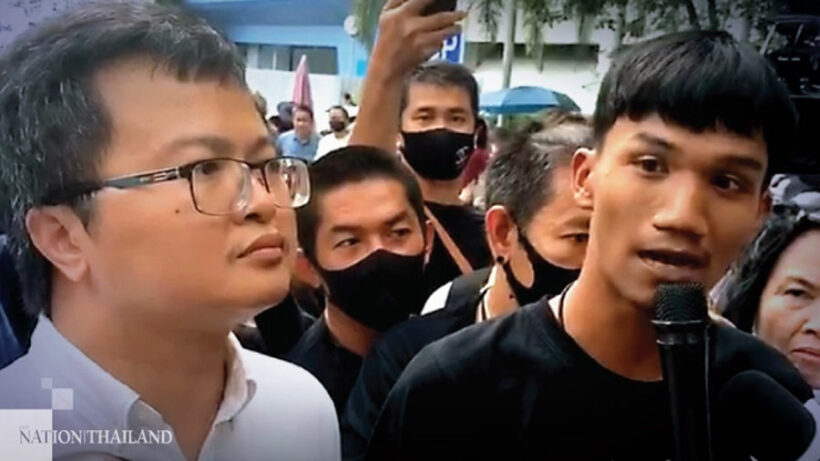 Two prominent anti-government protest leaders have now been released from Bangkok Special Prison, where they were being held on charges of violating their bail conditions. The human rights lawyer, Anon Nampa, and political protester Panupong Jaadnok, have been in and out of prison in recent weeks and, while out on bail, addressed the crowd at an anti-government rally, thereby breaching the terms of their release.

Following their appearance at the rally, both men appeared in court last Wednesday. At that hearing, their bail was doubled to 200,000 baht, but the men opted to stay in prison instead. Now the Criminal Court has ordered their release, in response to a petition from police at Bangkok’s Samranrat station. Thai PBS World reports that the request was made in response to increasing pressure from anti-government protest groups.

In their request to the court, the police say they have nearly completed their investigation into the activities of both men, and no longer need to keep them in custody. Supporters of the men, who have been gathering in front of the prison since last Wednesday’s hearing, greeted news of their release with joy.

The treatment of anti-government protesters has come in for widespread criticism, not least from Amnesty International, who have written to their 8 million members urging them to put pressure on the Thai PM to release imprisoned protest leaders.

The ongoing game of political cat and mouse sees the protesters resolutely maintaining their demands for political change, whilst the government and police appear to be using the blunt tools of arrest and detaining the ring leaders instead of intervening in the protests or provoking violence.