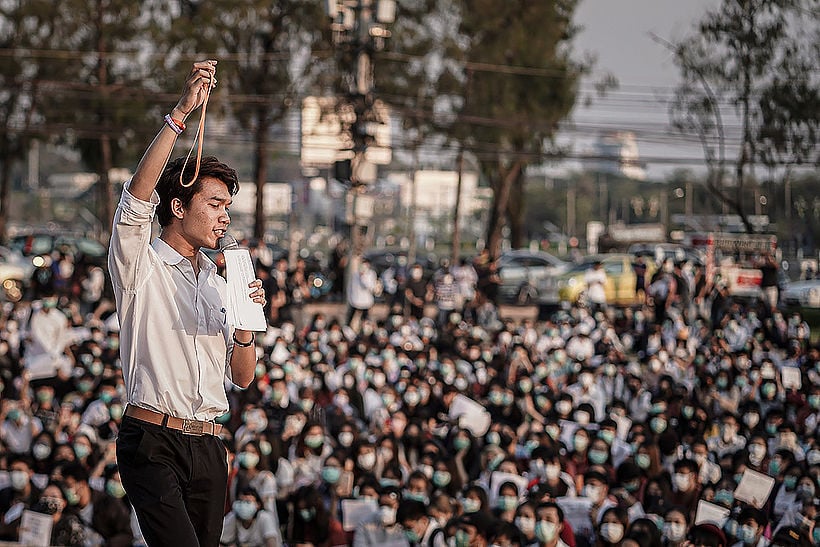 Students at Isaan’s Mahasarakham University say they’re going ahead with a planned anti-government rally despite a ban from the institution. Organisers of the protest made the announcement earlier today.

The university initially said yesterday that any rallies held on campus grounds must abide by the laws and refrain from anti-monarchy rhetoric. The university later revised its policy and banned all gatherings within the school grounds, citing Covid-19 concerns.

“The activities must not have deceptive intent or hidden agenda seeking to defy the Constitution, the laws, or overthrow the constitutional monarchy.”

But the MSU Democracy Front said their rally against the government of PM Prayut Chan-o-cha will go ahead regardless of the ban, and moved the the protest from 5pm to 3pm. The organisers also threatened to escalate the rally into a call on the university rector to resign.

The gathering follows Saturday’s rally at the Democracy Monument in Bangkok, where protesters demanded that the government call a new election and redraft the Constitution.

That protest has since spread into other provinces throughout the week. Youth groups across the country have voiced their intention to continue holding anti-government rallies, while the PM has said they may be violating the law.

“This should not be happening. I won’t make comments now, but the 3 demands (dissolution of parliament, rewriting of the Constitution and an end to threats against the public for the military to hold on to power) will be proposed in the House and a committee established to handle it.”