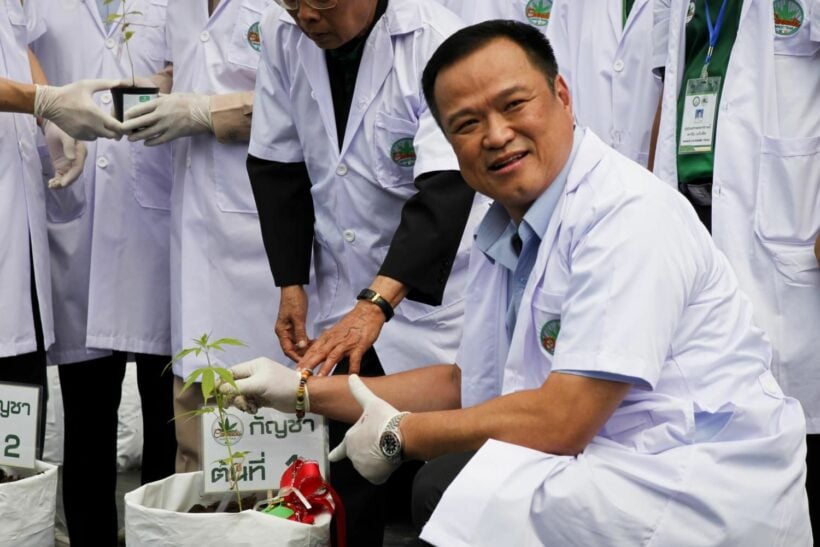 Who ever thought they’d be a day in Thailand when the country’s health minister was actively touting cannabis as a preferred crop for Thai farmers. But here we are…

Anutin Charnvirakul, also a deputy PM, says he’s signed a draft regulation allowing farmers to grow cannabis. It will be examined by the Council of State and passed to the cabinet for discussion and approval.

The proposed law would allow individual farmers to grow cannabis for medicinal use.

“The farming would have to be approved by an authorised state agency and permission would be reviewed by Thailand’s Food and Drug Administration.”

A previous draft allowed growing cannabis only as a community enterprise, and prohibited individual farmers.

“When it takes effect, those who want to grow cannabis can register as farmers. They can work with a state hospital.”

He says his Bhumjaithai Party’s campaign to let people grow cannabis at home hasn’t  been examined by Government House yet, and the party is seeking amendments to the Narcotics Act to allow farmers to grow up to six plants.

Bhumjaithai Party have one of the three biggest numbers of party MPs in the Palang Pracharat coalition government.

The seeds were donated by the Department of Medical Services, and were planted with the goal of producing a million 5ml bottles of medical cannabis oil. The greenhouse is under tight security since cannabis is technically still a narcotic under Thai law.