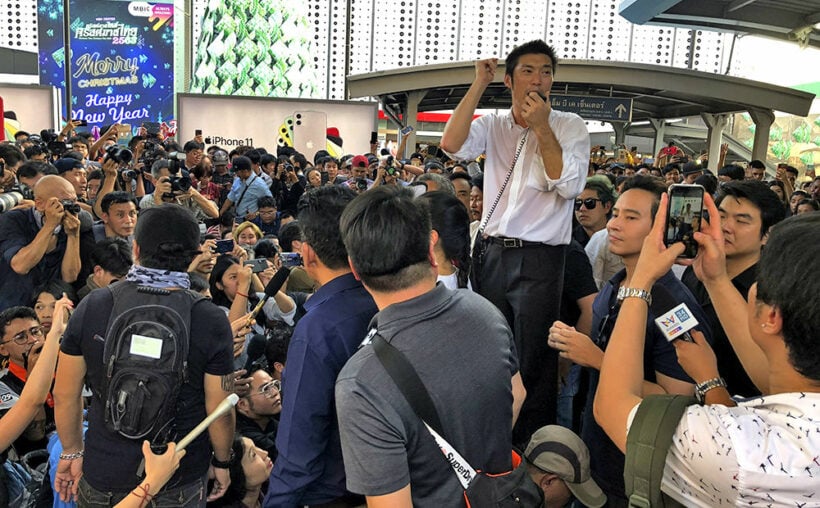 It’s the biggest political rally since the general election in March, probably the largest rally in five years since before the military coup in 2014. Thousands of supporters chanted “Prayut get out” at an anti-military demonstration called by former MP, Future Forward Party leader Thanathorn Jungroongruangkit.

Thanathorn told demonstrators that last evening’s rally on the skywalk linking the National Stadium and Siam BTS stations was just the beginning of actions against the government of PM Prayut Chan-o-cha. He threatened to “bring people to the streets,” referring to the “Wing Lai Lung” (Run to Oust the Uncle) event, a running event planned for January 12.

Thanathorn says the rally was to demonstrate public anger at what he calls the injustice inflicted on him and the Future Forward Party. He organised the protest three days after the Election Commission voted to ask the Constitutional Court to dissolve Future Forward for alleged campaign finance violations.

The rally was peaceful, lasting less than an hour, with a minor skirmish between protesters and police around 5.40pm. The theme of the protest was a strong anti-military rhetoric. Although police say no permit was granted for the rally, they did not intervene.