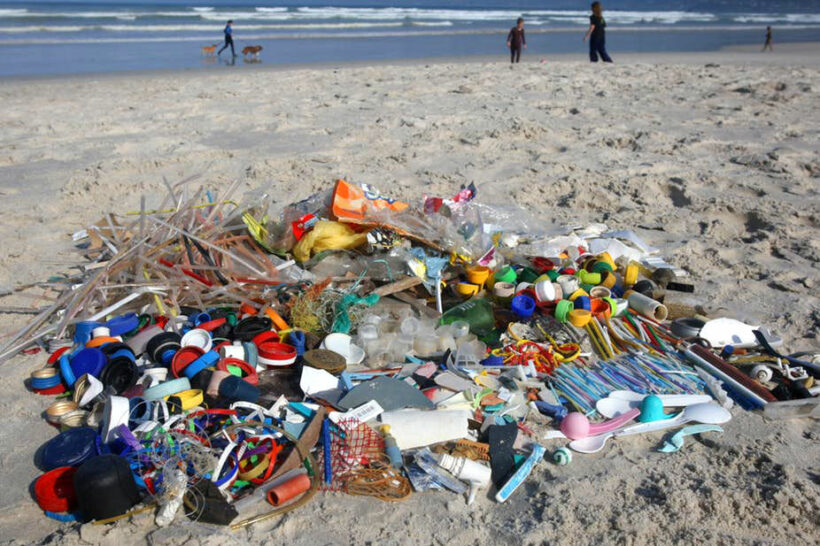 At the recent 34th ASEAN Summit in Bangkok last month the 10 member states of ASEAN (Association of Southeast Asia Nations) adopted “The Bangkok Declaration on Combating Marine Debris in the ASEAN Region” in an effort to eliminate marine plastic debris in the region. ASEAN officials describe the document as a testament to the group’s attempts to address the problem in a serious and sustainable manner.

“ASEAN agreed to concentrate on the issue of marine debris, which has a widespread impact on the well-being, health and hygiene of people, marine life and resources” said PM Prayuth Chan-o-cha.

Thai PBS reports that, at present, four of the ASEAN members are the world’s top ocean polluters – Indonesia, the Philippines, Vietnam and Thailand – according to a 2017 report by Ocean Conservancy. Each country is now individually attempting to curb the cataclysmic issue.

For example, Indonesia is the world’s second-largest producer of plastic waste after China, contributing around 3.22 million tonnes annually. With Bali’s beaches suffering from the plastic litter problem for years, the island’s governor has imposed a ban on single-use plastics, aiming to reduce the amount of plastic waste by as much as 70% within a year. 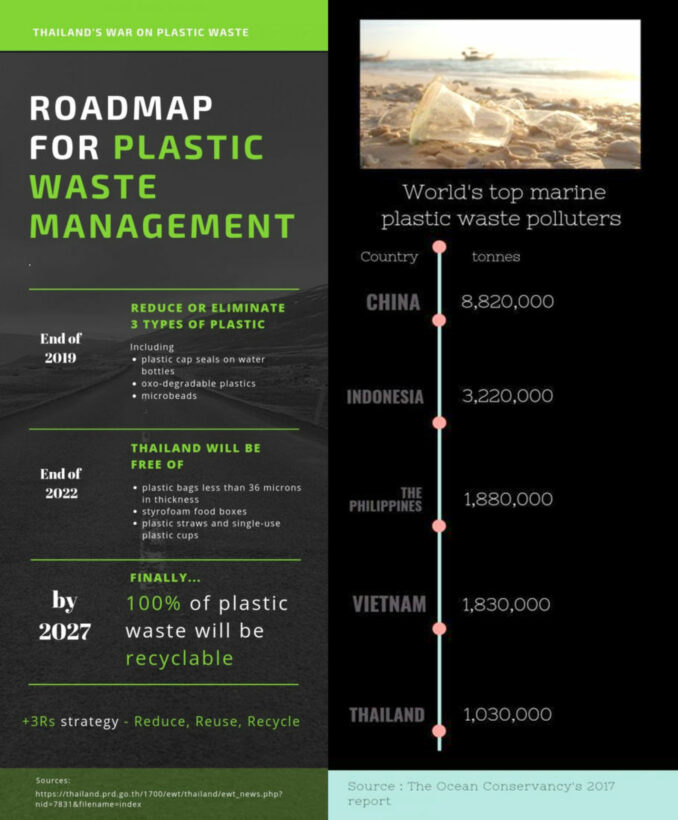 The Philippines generates an estimated 1.88 million tonnes of plastic waste every year. In a show of its seriousness in dealing with the problem, the Philippines returned 69 shipping containers of illegal rubbish back to Canada after a long-running dispute between the two countries. Likewise, Malaysia, the world’s top destination for plastic waste after China, will send as much as 3,000 tonnes of non-recyclable plastic waste back to the countries of origin.

Thailand is currently the world’s sixth largest source of plastic polluting the ocean, with 1.03 million tonnes each year. The government has taken a proactive approach by initiating the Roadmap on Plastic Waste Management for 2018 – 2030. The goal is to reduce or eliminate three types of plastic by the end of this year, including plastic cap seals on water bottles, oxo-degradable plastics and microbeads.

By the end of 2022, Thailand hopes to be free of plastic bags less than 36 microns in thickness, styrofoam food boxes, plastic straws and single-use plastic cups. Finally, 100% of plastic waste will be recyclable by 2027.

“When you reuse, the reduction comes” said Dr. Thevarak Rochanapruk, an expert in petrochemicals and a member of The Interdisciplinary Network of The Royal Institute of Thailand.

“This policy really is a good start, very good, but now they cannot do it alone. The government needs help from public sector and from the media, academia and so on. Raising public awareness is the key because they are the ones using plastic” he added.