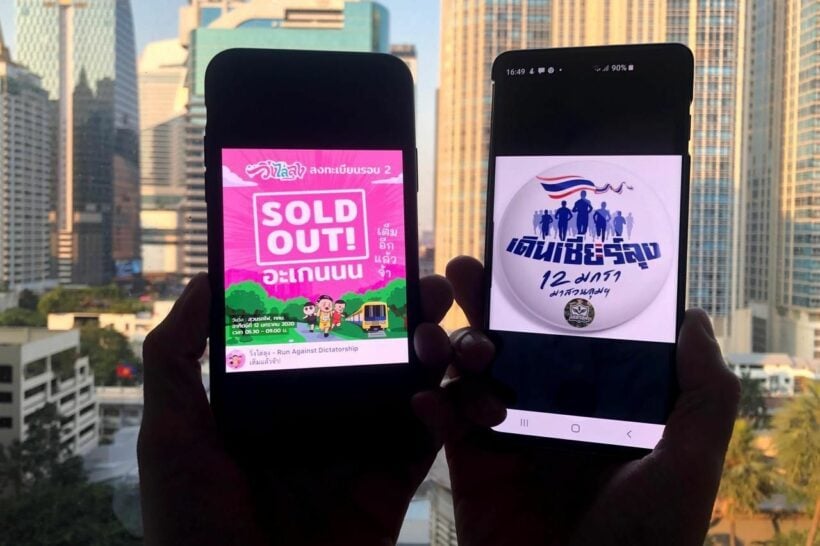 A key organiser of the proposed anti-government running event, the “Run Against Dictatorship”, is urging its pro-government ‘spoiler event’ to ensure there’s no confrontation when the rival events are held on Sunday.

The run was originally scheduled to start at Thammasat University and include routes along Ratchadamnoen Avenue, but Tanawat says they were pressured by police to change the venue. It is now set to take place inside Wachirabenchathat Park, aka Suan Rot Fai, in north Bangkok’s Chatuchak district.

“We have retreated by organising the event at a faraway location in order to reduce the risks. We’ve done everything to avoid confrontation.”

Tanawat, who studies economics at Chulalongkorn University, says 10,000 people have registered for the run at this stage, which starts at 6:30am. Nearly two million baht has also been raised from around 3,000 runners who each donated 600 baht to cover the event’s costs. Those donors will receive a T-shirt and a medallion.

Meanwhile, the pro-government Walk for Prayut will be held inside Lumpini Park in central Bangkok on the same morning. It has been mostly organised online, and it’s unclear who the actual organisers are. No group or activist has stepped forward to claim credit so far. Messages to the event’s Facebook page were not returned, but in a Facebook post the unnamed organisers made their position clear:

“If you oppose the orange water buffalo who hate this country, we are friends,” the message read, an apparent reference to supporters of the opposition Future Forward Party, whose official logo colour is orange.

Tanawat says his group has three demands for the Prayut administration and will give them three months to respond: solve economic problems, amend the constitution, end nepotism.Depending on the government’s response, or lack thereof, Tanawat says, the group will consider future actions.

“Run Against Dictatorship” has spawned similar running events in 20 provinces on the same day, mostly organised by online groups, but Tanawat insists he is not responsible for those.

“We want it to be made clear that these are different organising teams from the people organising the Bangkok event.” 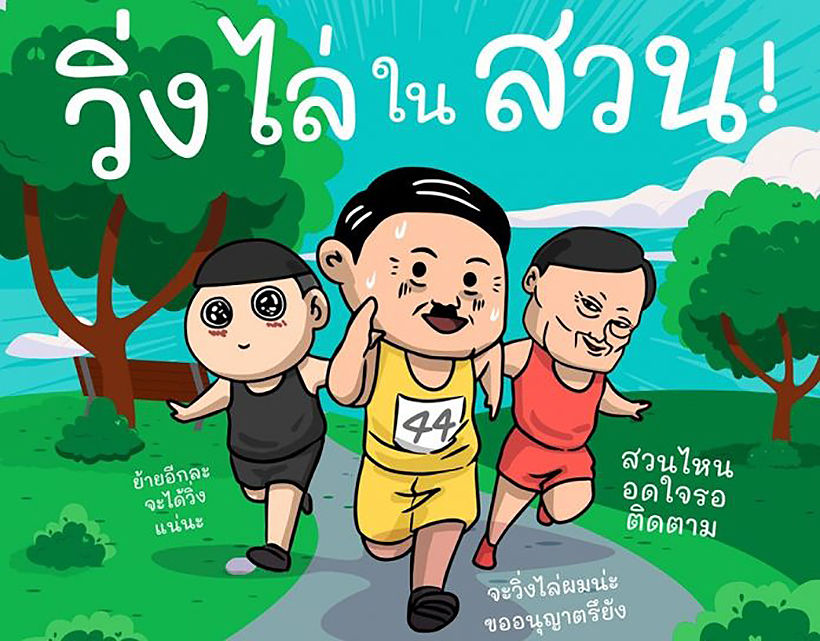