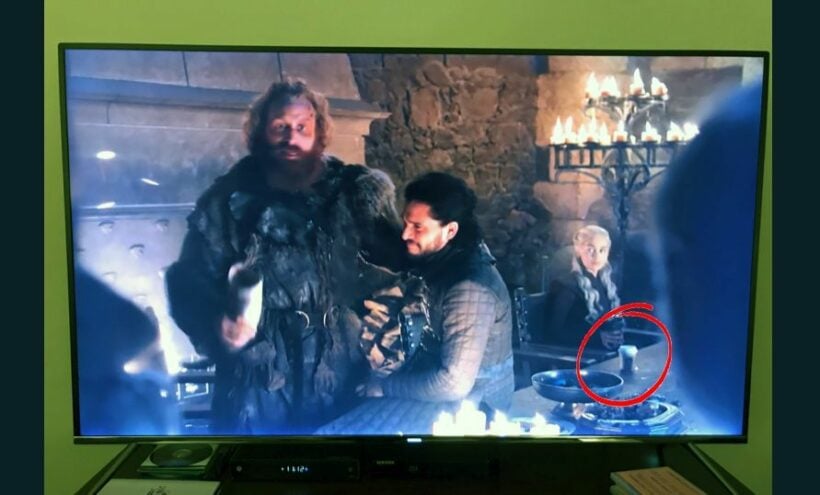 A paper coffee cup has appeared on a table in the great hall of Winterfell in the (spoiler alert) ‘fictional’ (Aghast!), realm of Westeros in the HBO production of Game of Thrones.

Sharp-eyed viewers did a double take in Sunday night’s episode, quickly reaching for the remote and asking ‘was that a Starbucks coffee cup’?

The latte or grande mocha or soy latte with caramel drizzle, would have been seen a hundred times by a team of shooters and editors, all the way up to the director, before being aired. But the coffee cup somehow escaped everyone’s notice. Until it was too late. 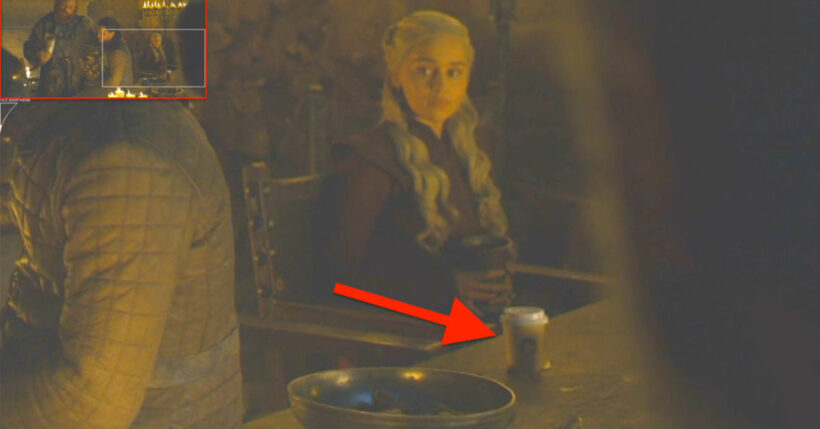 It’s reported that every Season 8 episode of the massively popular series cost in the realm of US$15 million to produce. But when the series is all wrapped up and last dragon flies over the horizon it’s likely the sight of the coffee cup will be an enduring memory.

Good product placement? No, just a massive stuff-up by the props department or continuity assistant. Or ANYONE ON SET that should have seen the errant paper coffee cup from another Kingdom and time.

At least the producers have a sense of humour…

“News from Winterfell. The latte that appeared in the episode was a mistake,” they said today on the official “Game of Thrones” Twitter account. “#Daenerys had ordered an herbal tea.”

Give me the oral history of the Starbucks cup in the frame!!!! pic.twitter.com/4CkFJXFQ91

Ultimate parties at The Bay and Beach Club, Patong