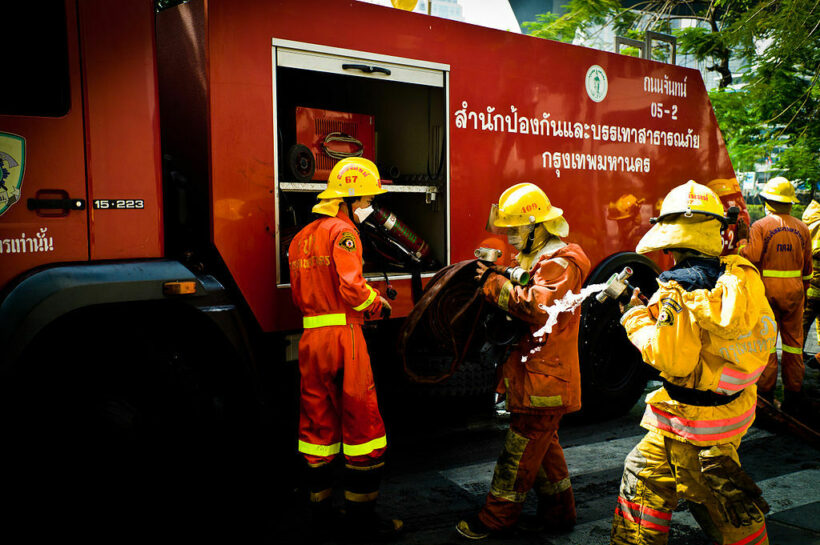 Bodies were retrieved in the early hours of today for the 4 firefighters who lost their lives during yesterday’s building collapse in Bangkok. The director of the Thawi Watthana District Office confirmed that at about 6:30 am rescuer workers were able to remove the bodies of the heroic firemen, most of them volunteers. The bodies were pulled from the wreckage following a devastating large house fire that ended in the buildings collapse with 4 firemen inside attempting to rescue 1 of the home’s 8 residents who was trapped in a lower floor bathroom.

Bangkok city officials declared that the families of the brave firefighters will be provided with compensation of 100,000 baht each. The district director also assured that the government and other related entities would provide the families with additional support, in return for their acts of bravery in volunteering and sacrificing their lives saving the residents of the home.

Now that the human remains are recovered, the district office has condemned the building in the village of Krisada Nakhon 31, prohibiting any entrance to the area. The task of clearing all the debris is now underway. A representative of the building owner confirmed that the owner is not in Thailand and is currently living abroad. He will demolish the remains of the structure as fast as possible, but they will have to wait to begin until the police have had time to search the wreckage thoroughly and gather any possible additional evidence.

Police are investigating further whether the original building permit and plans were followed, or if any changes were made that could have affected the structural integrity or contributed to the fire and collapse. An electrical fire due to a short circuit is currently believed to be the cause of the disaster.