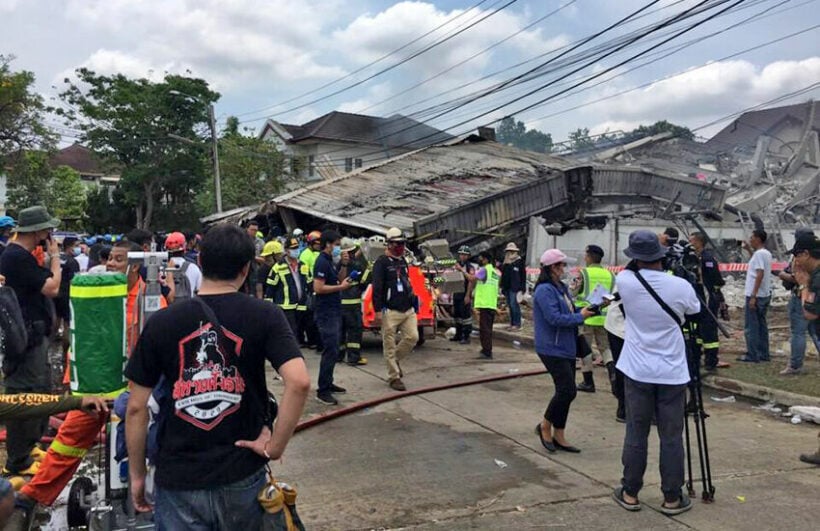 Police and BMA officials are continuing their investigations today after 5 people – 4 of them volunteer emergency responders – died as a building collapsed while rescuers were trying to find a man trapped inside. Another person was trapped, alive, under the rubble and was the subject of a longer rescue later yesterday.

The fire took place early yesterday morning at the Krisada Nakhon Village 31, on the west side of the Chao Phraya River. The fire took hold and raged through the building until collapsing while volunteer firefighters were still inside trying to control the spread of the blaze. The property was a large three-story home of around 250 square metres. The house was reportedly a company building where eight people resided who worked for the company.

Firefighters from Bangkok Fire and Rescue and volunteers from the Poh Teck Tung Foundation were trying to rescue a 35 yer old man from the inferno when the collapse happened. He was trapped in one of the lower floor bathrooms at the time.

According to The Pattaya News, the fire is reported to have started near the front of the property. Police suspect an electrical short circuit at this time as the cause of the fire starting. 7 people escaped but the 35 year old was trapped, prompting the resuce effort. 4 of the rescuers were also crushed when the building collapsed during the rescue.