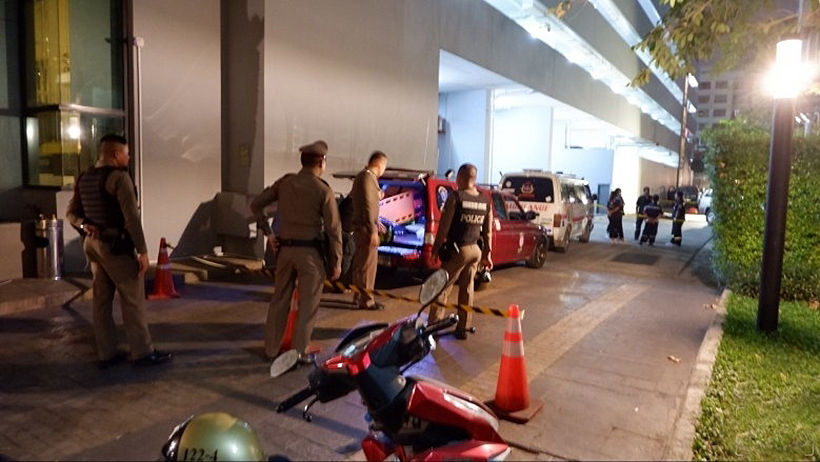 Police were called to a condominium block on Sukhumvit Soi 79, Phra Khanong, following a report that man had fallen from the 27th floor last night (Friday).

They were joined at the scene by emergency responders and volunteer rescue workers and a medical examiner from Chulalongkorn Hospital. They arrived to find the body of a caucasian male, approximately 180 centimetres tall, dressed in a purple T-shirt and black shorts, laying dead on the ground.

Police have been checking CCTV footage and questioning witnesses to determine more details about the sequence of events leading to the man’s fall from the condominium’s balcony.