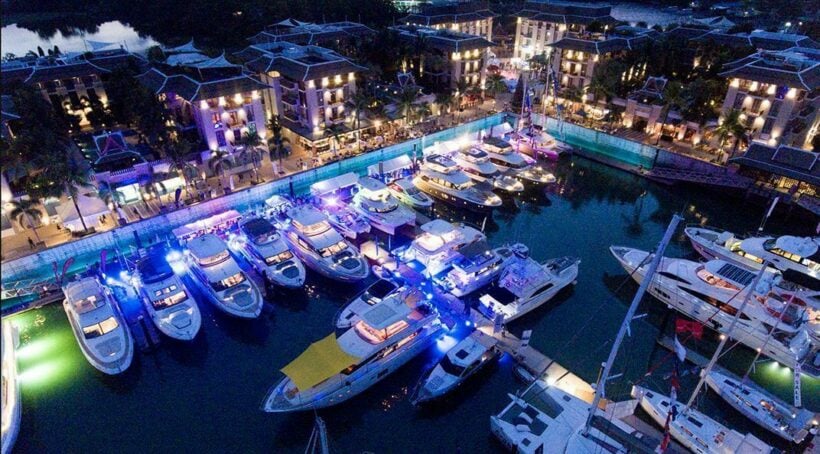 “The country’s leisure yachting businesses may face yet another round of ‘too many boat shows’ once the Covid disruptor has passed into relative insignificance.”

It’s hard to imagine something as straightforward as a boat show causing endless controversy – but that has been the case almost since Thailand’s first show, Phuket International Marine Expo (PIMEX), held in 2003 at the Phuket Boat Lagoon (PBL).

The brainchild of Image Asia MD, Grenville Fordham, and his business partner Andy Dowden, the idea of a boat show in Phuket initially attracted doubters in droves… “They’ve got no experience” and “It would be risky giving them deposits” were just two of the anti-show cries heard from industry naysayers.

But built on the growing dissatisfaction expressed by returning Boat Asia (Singapore) exhibitors, the idea gathered momentum and supporters. Small by international standards and exclusively under canvas onshore, with not a great many boats in the water, Thailand’s first-ever boat show was, nevertheless, hailed as a success by domestic and international exhibitors.

The timing was crucial; the following year, industry efforts to reduce taxation on imported boats were wildly successful; the 200+ percent levies previously applied were reduced to just 7% VAT, heralding the real beginning of the exponential growth of Thailand’s (and particularly Phuket’s) leisure yachting industry – and at the same time ensuring that boat shows in Phuket had strong future potential.

Thus, PIMEX ran smoothly at PBL, under the Image Asia banner, in December every year until 2006 with an unchanged format, and with gradually increasing numbers, variety and quality of exhibitors. Then, in 2007, ownership of the show passed to Andy Dowden’s Andaman Marine Consultants (AMC) and it relocated to Royal Phuket Marina (RPM), no longer under canvas.

Visitor numbers, however, remained fairly static at somewhere between 3,000 and 4,000, as it became clear that attracting large numbers of overseas visitors to a show in Phuket was, perhaps, a challenge too far. It would prove to be a recurring theme.

Nevertheless, following international media exposure of PIMEX 2007, the expanding Informa Yacht Group (IYG) acquired ownership of the show, retaining AMC to run things on the ground. PIMEX 2008 went ahead, still in December and still at RPM.

Under the IYG umbrella, great new things in terms of marketing were promised – with consequential improvements in quantity and quality of visitors – but with no substantial growth in either, albeit with a glossier, more professional, presentation.

Around this time, industry voices clamouring for different dates reached fever pitch and a change from December to January was agreed. With no show in 2009, PIMEX 2010 and 2011 were staged in January with a claimed 25 percent increase in exhibitors, but still finding it difficult to rise above the customary 3,000 to 4,000 visitors.

Responding to contrary exhibitor claims that January was not, after all, the best time to run the show, the next four years saw PIMEX swing backwards and forwards between January and March, the organisers doing their best to please everyone.

Then, suddenly in or around 2015, Informa decided to exit the boat show business. PIMEX ownership reverted to AMC and PIMEX 2016 went ahead as usual in January at RPM, but under the looming shadow of a brand new – and competitive – show, the following month.

The inaugural Thailand Yacht Show (TYS), held in February 2016 at Phuket’s Ao Po Grand Marina, was the brainchild of former IYG mover and shaker Andy Treadwell and appeared set to drive PIMEX out of business. For the local industry, however, this was an unwelcome move. It meant either doubling their annual Phuket boat show spend or making a difficult choice between a known entity and the newer, evidently glossier, alternative.

The TYS ‘claim to fame’ was massive government support and a key element of its marketing platform focused on the temptingly lucrative superyacht sector.

For the first time, the strident industry call, “Does Thailand need another boat show?” resonated around Phuket’s marinas. The prevailing opinion was resoundingly that Phuket, certainly, did not need two boat shows. But it had them.

PIMEX 2017 went ahead at RPM in January and was followed again, this time at a more decent interval, by the second TYS in December. Come January 2018, we find Andy Dowden’s AMC teaming up with Olivier and Gael Burlot, organisers of the Singapore Rendezvous, to present the all-new Phuket Rendezvous 2018 at RPM, which was like its predecessor, PIMEX, but with a touch more pizzazz.

Not to be outdone, TYS 2018 went back to its original killer timing, closely following the Rendezvous in February, again at Ao Po Grand Marina.

Something clearly had to give. Phuket now had three separate entities organising two different boat shows three years in a row, stretching both the budgets and the patience of Phuket’s leading yacht brokers, amongst others. And something was done.

An unlikely partnership between Andy Treadwell and the Burlot brothers – who had been doing battle in Singapore with the former’s Singapore Yacht Show and the latter’s Singapore Rendezvous – conceived the Thailand Yacht Show & Rendezvous 2019, held at RPM. This brought to an end the brokers’ nightmare of two competing boat shows on this small holiday island, while almost incidentally bringing to an end Thailand’s original boat show, PIMEX.

The harmony, however, was short lived. The following year saw Andy Treadwell, through his new organising company Verventia, win the battle of the boat shows and stage, without visible partners, the TYS 2020 at RPM. Everyone breathed a huge sigh of relief that there was, once again, just one Phuket boat show in the island’s most suitable venue.

Then Covid-19 changed everything. TYS 2021 was, unsurprisingly, cancelled along with Verventia’s more mature Singapore Yacht Show. Uncertainty reigned and a boat show void appeared, at least in the understanding of the latest entrant in Phuket’s boat show battles.

Believing (based – we understand – on discussions with various involved parties) that TYS was not going to happen again, in mid-2021 David Hayes, CEO of event organisers JAND Group, launched the inaugural Thailand International Boat Show (TIBS), to be held in January 2022 at RPM. Unfortunately for JAND, a combination of Covid uncertainty and the renewed spectre of two Phuket boat shows resulted in the postponement of TIBS until January 2023.

In the meantime, TYS has announced a new partnership with Ocean Marina to run the Thailand Yacht Show – Pattaya in April 2022 and has plans to run the Phuket version of TYS during 2022 on a date and at a venue yet to be confirmed.

Taking a step back, during the almost 20 years of boat shows, Phuket has not had things all its own way. Pattaya’s Ocean Marina staged its own boat show – Ocean Marina Pattaya Boat Show (OMPBS) for eight years from 2012 to 2019, attracting for the most part locally based exhibitors, with some from Phuket and other parts of Thailand adding to the mix. The last OMPBS was held pre-Covid in November 2019.

Other tentative forays into Thailand’s troublesome boat show business have included Singapore’s Boat Asia, which staged a one-off ‘Boat Thai’ at a major Bangkok exhibition centre. More recently, a show-within-a-show was staged – ‘Join Boat Platform’ – at Bangkok’s Motor Expo in 2020 and 2021. This new event attracted a sprinkling of trailer boats, water toys and some of the bigger boat brokers, all hoping to tackle successfully the huge, so far untapped, potential of the Thai market for leisure boating.

Where to from here? It would take a far more accurate and robust crystal ball than this writer’s to predict Thailand’s boat show future. But if history is anything to go by, it seems that the country’s leisure yachting businesses may face yet another round of ‘too many boat shows’ once the Covid disruptor has passed into relative insignificance. The only consistent and predictable element of every Phuket boat show past, and probably future, is that difficult to budge visitor count. Hail to he or she who can get 10,000 quality visitors through the gate!

Paul Poole is the founder, managing director and chairman of Paul Poole (South East Asia) Co., Ltd., an independent marketing consultancy based in Bangkok, Thailand. The company specialises in commercial sponsorship and partnership marketing, working with both rights holders and brands. Paul Poole (South East Asia) Co., Ltd. has packaged, sold, and managed sponsorship and partnership opportunities for several of Southeast Asia’s leading yachting events, including almost all of the shows named in this story. 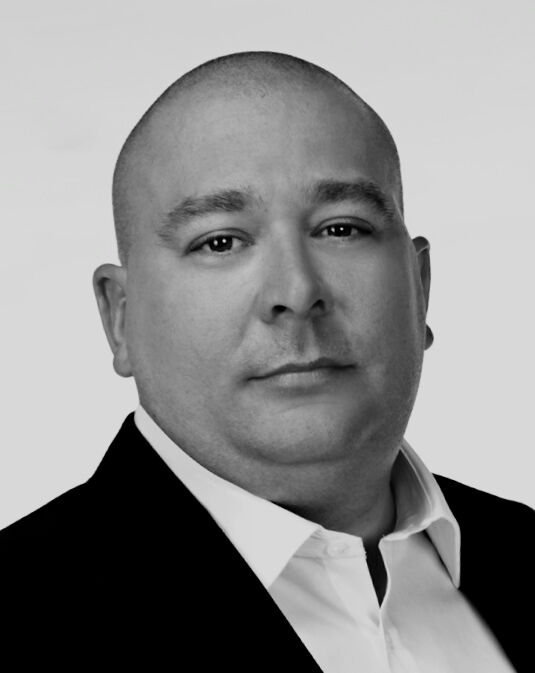