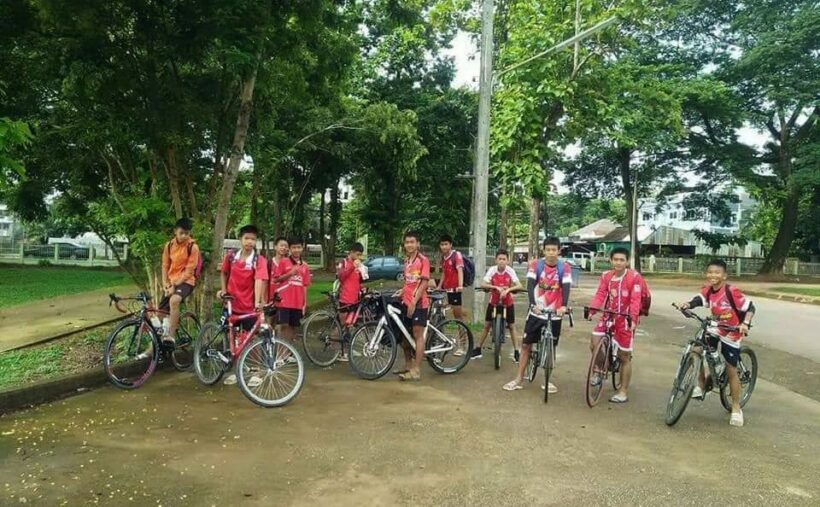 On June 23, a year ago, only a few northern Thai locals and serious cave enthusiasts knew much about the Tham Luang Caves in Mae Sai district, about an hour’s drive from Chiang Rai.

But on that sunny afternoon, following their regular football practice, a group of 12 players and their coach, decided to have a quick excursion to the local caves. At the time it was only going to be a quick hour of exploring the caves before heading home. It didn’t quite go as planned.

Head coach for the team, Nopparat Khanthawong, turned on his phone at 7pm that night to find more than 20 missed calls from concerned parents asking where their children were.

The next morning police found the young men’s bikes, bags and a few sets of shoes at the mouth of the cave. A deluge overnight had trapped the exploring team inside. It was clear to the authorities that they were unable to get inside the flooded cave. Were the team still alive? How could they get them out? Over the next two to three weeks a massive international rescue team would amass at the caves in a mission to figure out how to get the team out. Heavy machinery was flown in, caving experts summoned, Thai Navy Seals donned scuba gear, a long way from Thailand’s coast they were trained to protect.

The Mu Pa (Wild Boar) football team were all aged between 11 and 16 years of age. The assistant coach Ekkaphon Chanthawong was 25 years of age. It would be another ten days before the outside world even knew if the team had survived the flooding of the cave.

The search for the team was an international news hit. As the Thai government called in expertise from around the world, an international media contingent also streamed into the muddy surrounds of the cave where a makeshift tent town was being constructed to handle the feeding and sanitation needs for the throngs of international assistants.

Local villagers jumped to action bringing food daily and providing lodgings to the to hundreds of people.

On day ten the 13 team members were finally found. UK divers Richard Stanton and John Volanthen were making another exploratory dive, as part of an international team of expert cave divers which had by now made several missions into the muddy waters. The team were found on a sandy ledge some 4 kilometres inside the Tham Luang Cave system. 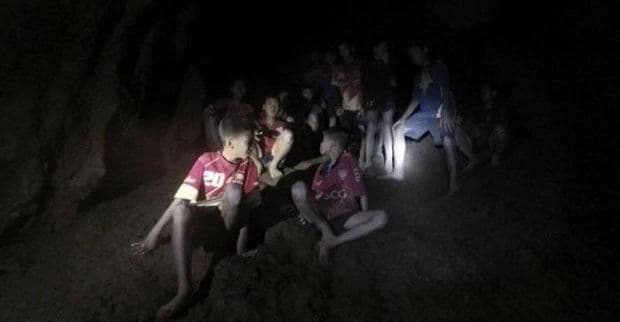 But finding the Mu Pa team was the easy part compared with what was to follow.

None of the boys were competent swimmers, in fact most of them couldn’t swim at all. Rescuers looked for access from above the caves in hopes of drilling down to rescue the team. As the days passed messages were passed on from the boys via divers to their parents. Food was brought in. It was even mooted that the team could ‘live’ in the caves for up to four months and wait out the wet-season and the flooding waters to subside.

At the end of the second week though the situation became more urgent as heavy rains threatened and it was feared the waters would continue rising and drown the team. They needed to get them out, now.

Whilst putting the young men in wetsuits and diving gear and swimming them out one by one was considered, it was fraught with danger because of their complete lack of experience and the risk of panic whilst crawling through the narrow underwater sections. Divers, who had been through the narrow, flooded chambers a number of times, said it was a major challenge for them, despite their years of experience.

At this stage two Australian cave divers, Richard Harris and Craig Challen who were also medical professionals, came up with an outrageous plan.

They would sedate the team, put them on stretchers, and bring each of them out with a diver steering the stretcher at the front and back. Every few hundreds of metres other divers and medics would be waiting, check on the boys’ vital signs and re-administer the sedation. Everyone had to be trained quickly and the boys informed of what was going to happen. Only one of the team spoke any English.

It was an extremely risky plan but the pressure was on to get the team out before the rains returned. It was decided to go ahead with the dangerous extraction mission.

Between July 8 and 10 all of the young men were rescued from the caves by the cobbled-together international team in three waves.

Ten police helicopters, seven police ambulances, 700 diving cylinders, and huge pumps removing more than a billion litres of water from the caves, were deployed during the rescue mission.

There was one fatality, Saman Kunan, a 37 year old former Thai Navy SEAL died of asphyxiation on July 6 after delivering supplies of air between chambers in the cave in the days before the team was discovered.

A year later, the Tham Luang Caves have become a major northern tourist attraction. Visitors go there with a fascination to see where the drama of the footballers, their coach, the rescuers, world media and local community unfolded in a totally unexpected drama.

The rising number of tourists persuaded the Department of National Parks to upgrade Tham Luang-Khun Nam Nang Non forest into a new national park. The site now covers 12,000 rai of land. There is a new attraction near the cave mouth showcasing the people, the drama, maps, statistics, photos and a huge 13 metre mural. There is also a statue of Saman “Ja Sam” Kunan, the one fatality from the drama whose bravery reminds visitors of the hundreds who made the plunge into the muddy cave waters to save the team.

And then there was all the unsung heroes like local Rawinmat Lueloet, who offered his laundry’s services free for two weeks to tend to the mud-stained clothes of rescuers. There were so, so many others.

In the wake of the rescue the members of the football team, some who had been ‘stateless’ – living in Thailand without a nationality or passport – have been granted Thai nationality. The team members and Ekkaporn have also made a few trips overseas and will feature in a new series being produced by Netflix at the moment.

The Thaiger put together a very quick edit of some of the milestones of the mission in the frantic two weeks and hope you’ll enjoy reliving some of the amazing memories that started a year ago today. 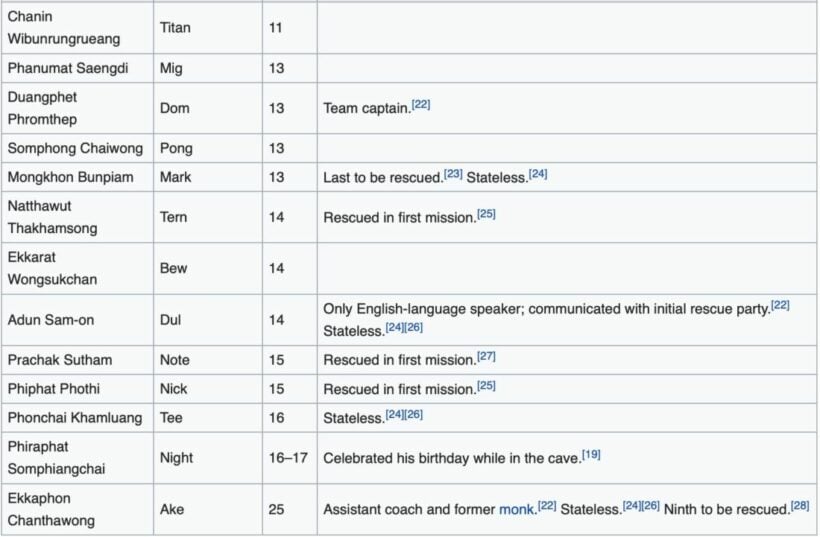