With millions around the world housebound for the duration of the Covid-19 pandemic, Netflix and YouTube are making a killing and lots of people are finding new hobbies. But there’s another consequence to fewer humans on the streets and trampling around nature. Animals on land and in the sea are taking back areas claimed by humans over the past weeks amid global lockdowns.

Many are suddenly feeling emboldened to venture into now-deserted cities, towns and parks that were once their habitats. Humans are watching from indoors as nature comes creeping back out of the woods.

Herds of animals now boldly wander through rural towns around the world. With no humans around to scare them away, scavengers pick over city rubbish bins. In some places, vicious packs have fought over food and territory that they’ll eventually be forced to surrender when the lockdowns end.

In the UK, Kashmiri mountain goats have been running rampant throughout the Welsh town of Llandudno since March, to the delight of locals and social media posters. 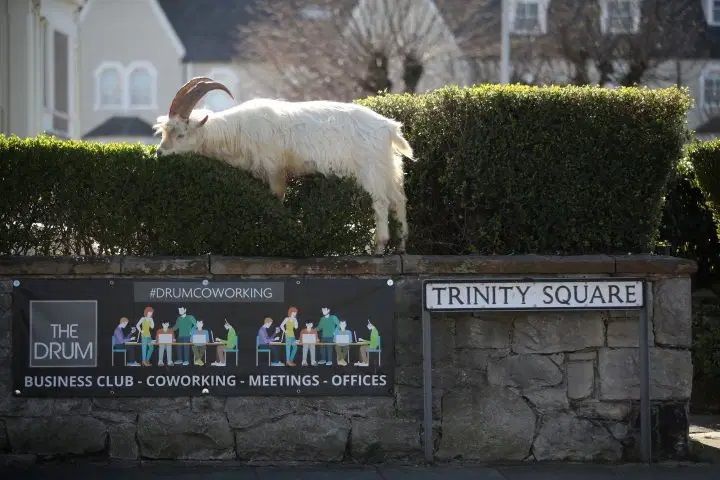 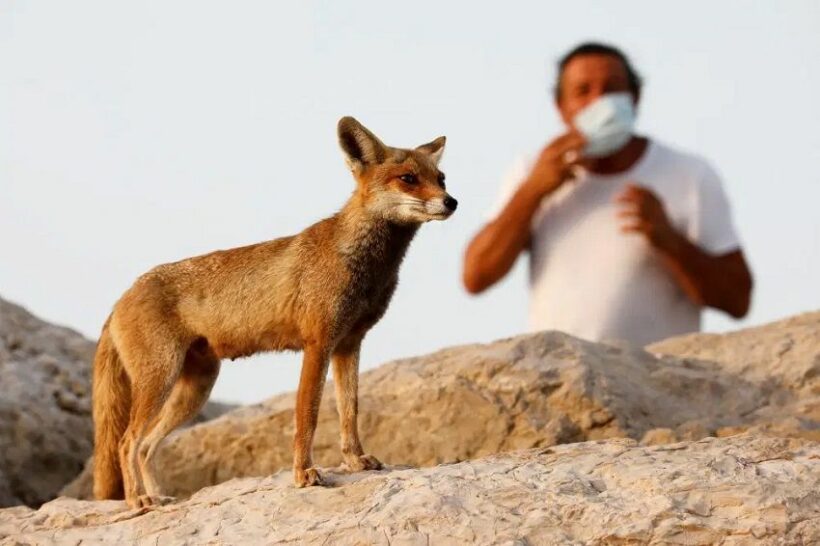 In the South Australian capital of Adelaide, a kangaroo was spotted bouncing through deserted streets in the center of the city. And Adelaide isn’t exactly a rural small town: it’s a coastal city of more than 1.2 million people. The kangaroo was spotted by South Australian police on surveillance cameras. A spokesperson said the marsupial narrowly escaped a road incident before casually heading to a park. 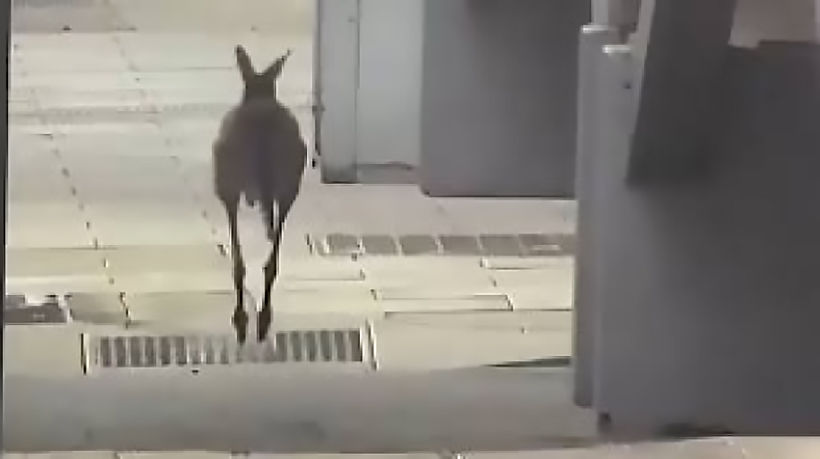 Officials in Santiago, Chile, have been busy chasing down pumas, after numerous cases of the big cats roaming freely around the city. The cats were tranquilised and relocated each time they showed up. 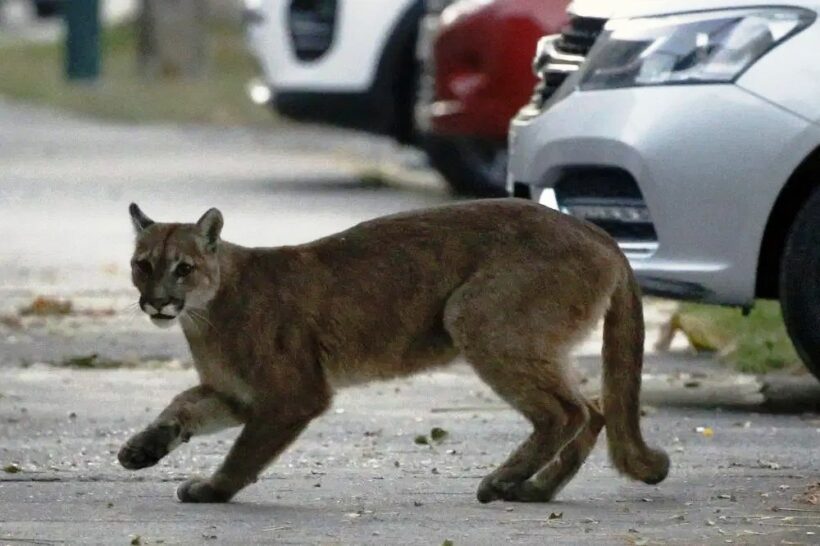 A dramatic scene played out in Thailand in March, when rival gangs of macaques began fighting amid the normally tourist-filled stress of Lop Buri. Video of the battle spread rapidly on social media. Without the usual tourists and locals feeding them they fought amongst themselves and rampaged through the main city areas. 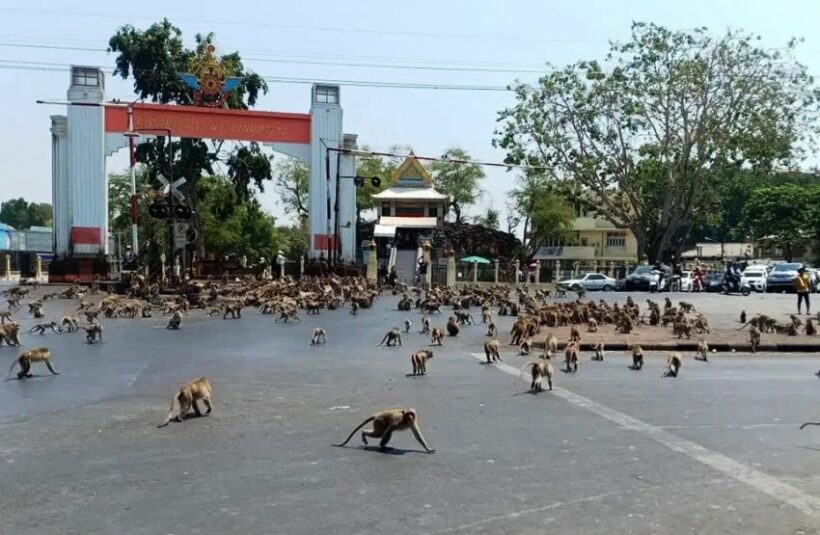 Marine park officials have found a big school of dugongs happily feeding on sea grass in Trang province because travel restrictions haves topped tourism. A school of 22 dugongs (large marine mammals similar to manatees), including mothers and babies, was spotted feeding freely on sea grass without the usual disturbance from fishing boats and speedboats full of tourists. 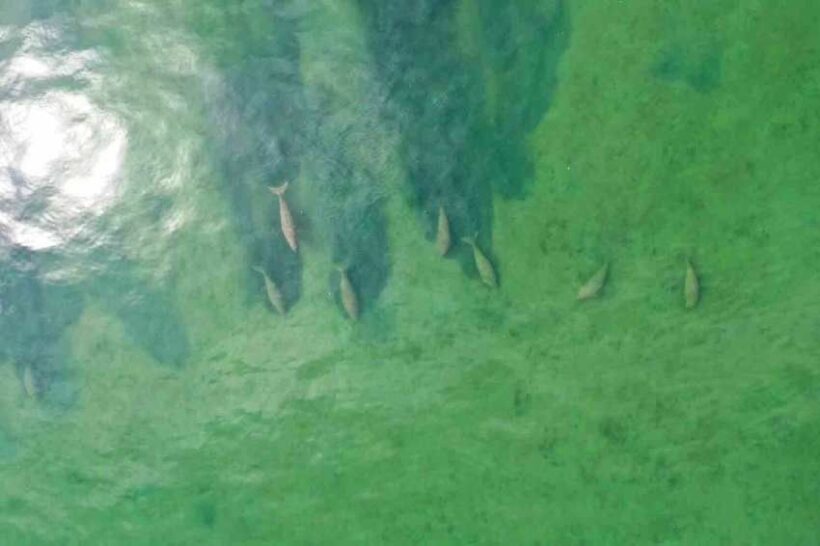 Some of the wildest scenes have emerged out of India, where the country’s diverse wildlife has been quick to fill the void left by 1.3 billion people suddenly going into lockdown.

In northwestern India, feral dogs were spotted hunting a wild boar on the city streets. They eventually herded the boar into a sewer trough. 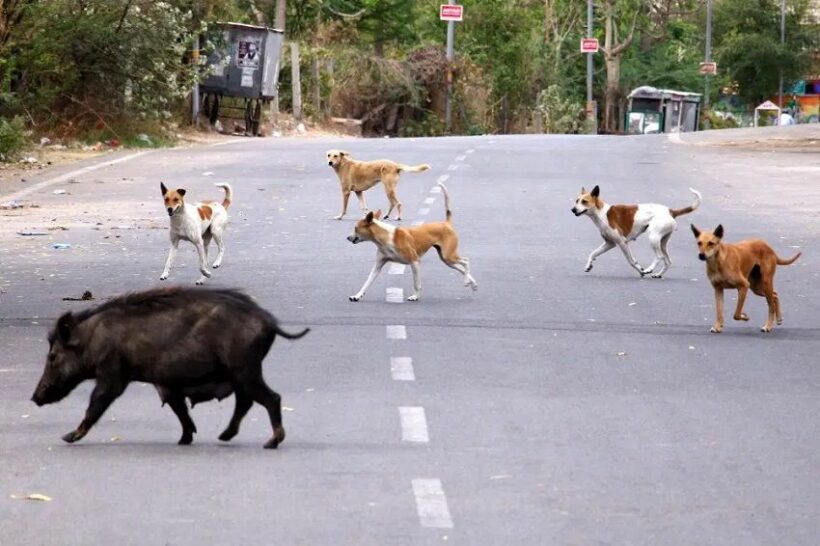 Hungry monkeys clambered all over a car in the village of Ode, outside Ahmedabad, in hopes of getting a few morsels of food during the lockdown in late March. Wild deer have been making themselves feel at home in some of Japan’s typically crowded areas, now virtually empty amid the pandemic. 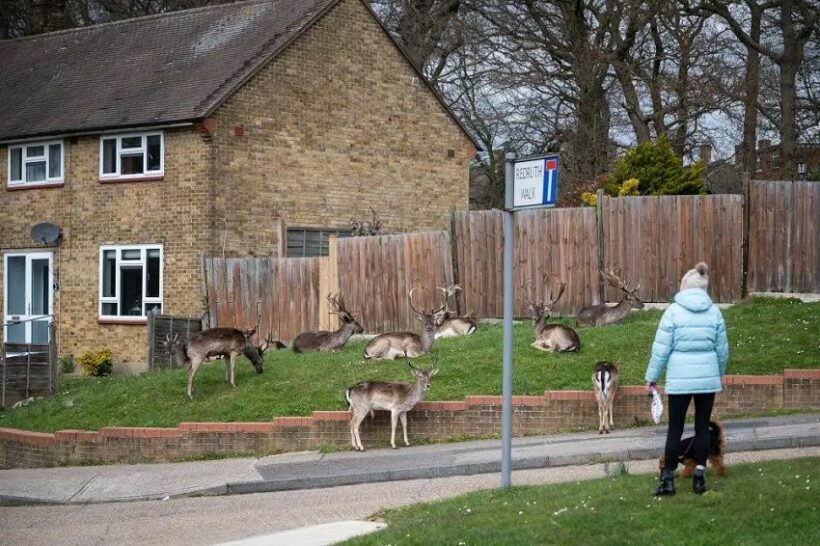 And ild turkeys have also been spotted roaming through the suburbs in several North American cities, Including Baton Rouge, Louisiana. It’s unclear exactly when the virus threat will pass, but those turkeys might not want to hang around when Thanksgiving rolls around later this year. 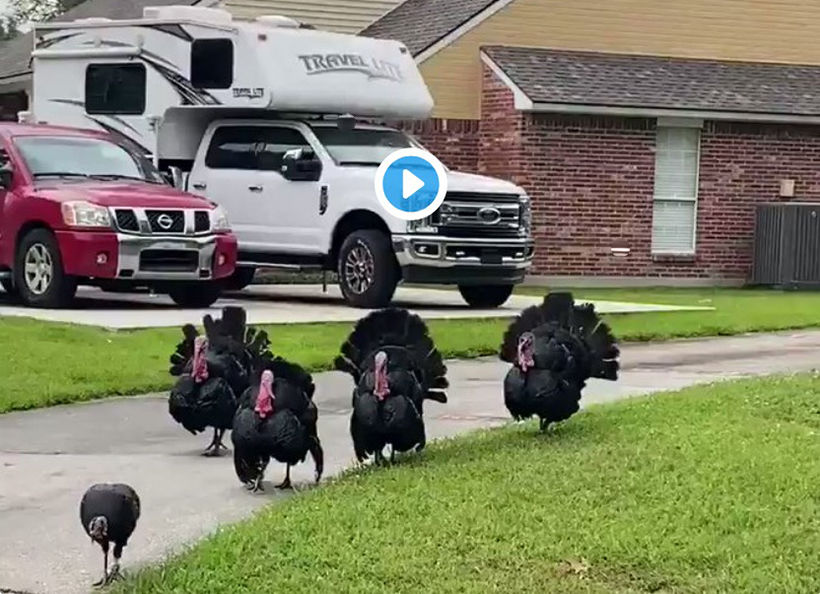