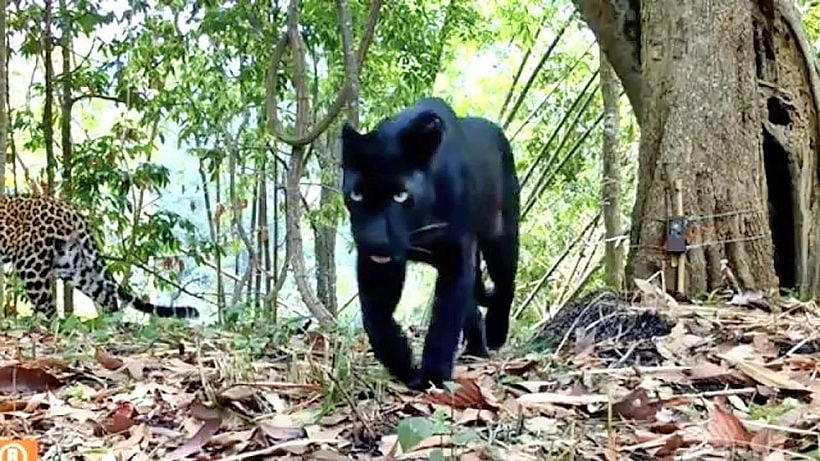 The Facebook page of Khlong Lan National Park in Thailand’s northwestern Kamphaeng Phet province, report that camera traps, set up to track the population of tigers, instead managed to capture a sighting of a black panther and leopard.

“The appearance of the panther and leopard prove that the forest has become more abundant and attracted the return of these animals after no sightings were reported for several years. This is the fifth time this year that we have set camera traps, and though we haven’t found any tigers, the sighting of the panther and leopard gives us hope that the Khlong Lan forest can still be home to endangered wildlife.”

“The population of tigers in Thailand’s forests has been dropping significantly over the past decades and they have been classified as an endangered species. The 3 main reasons for this are diminishing natural habitat, hunting and lack of food.”

The Department of National Parks, Wildlife and Plant Conservation in cooperation with WWF Thailand, has set up camera traps covering 1,200s square kilometres of Mae Wong and Khlong Lan national parks, which are believed to have the most tigers in the country. 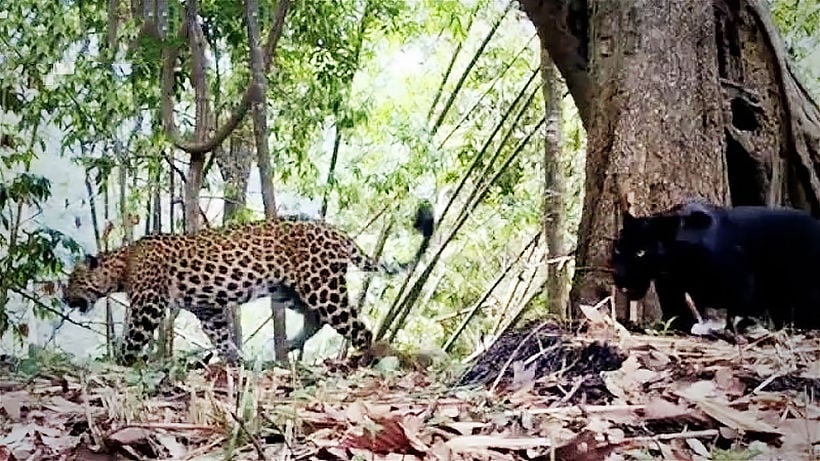