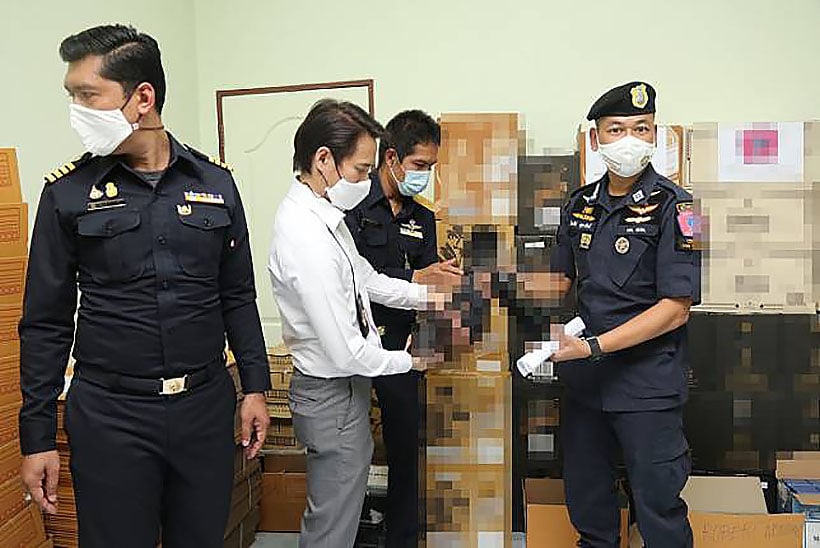 Last week the country’s top alcohol regulator approved a draft law to ban online alcohol sales. Yesterday, synchronised raids on 2 Bangkok addresses resulted in 6 arrests and the seizure of of foreign liquor and wine valued at 2 million baht. The first raid was a house used as a distribution centre in Ram Intra Soi 61. 5 men and women aged between 24-42 were arrested, and 889 bottles of untaxed foreign liquor and 362 bottles of wine were seized.

Meanwhile police served a search warrant on a shop in the Pradiphat area, where a 53 year old woman was arrested and 347 bottles of Black and Red Label whisky were seized.

The suspects had advertised cheap foreign alcohol for sale on Facebook, and later on the Line app. They had not paid tax on the alcohol, and its source remains unclear.

The 6 face up to a month in jail and fines of 5 to 10 times the value of the tax that was avoided.