A man is dead after plummeting 10 metres from Bangkok’s Rama 3 bridge yesterday. Police and rescue workers were called to an area below the bridge and found the body of a 43 year old motorcyclist, identified only as “Kiatpong.” Still on the bridge was his Honda Zoomer-X scooter, and there was evidence of scratches along the bridge wall. He appeared to have been a deliveryman as there was a large delivery box on the back of the motorbike.

Witnesses who saw him fall say he was killed instantly. Motorcycles are not allowed on the Rama 3 bridge.

Police looked at security footage and saw the rider driving with one hand and the other holding his phone. INN reports that he was “gazing at his phone” just before the incident occurred.

Police are gathering evidence and questioning witnesses to determine whether anyone else was involved in the incident. An autopsy is underway at Chulalonkorn Hospital. 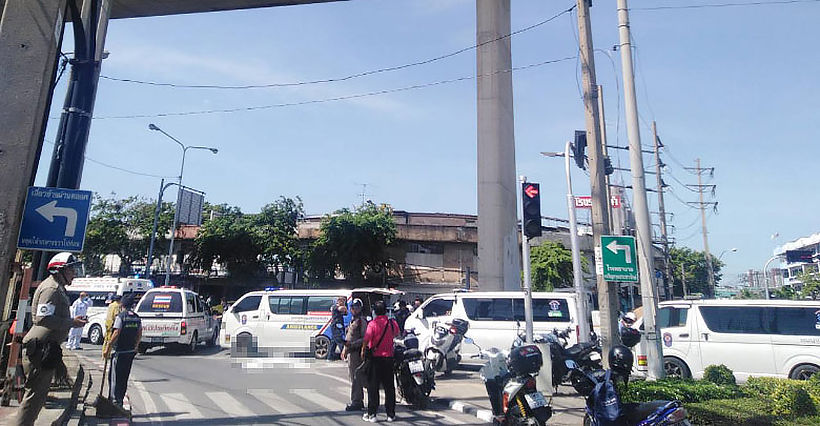