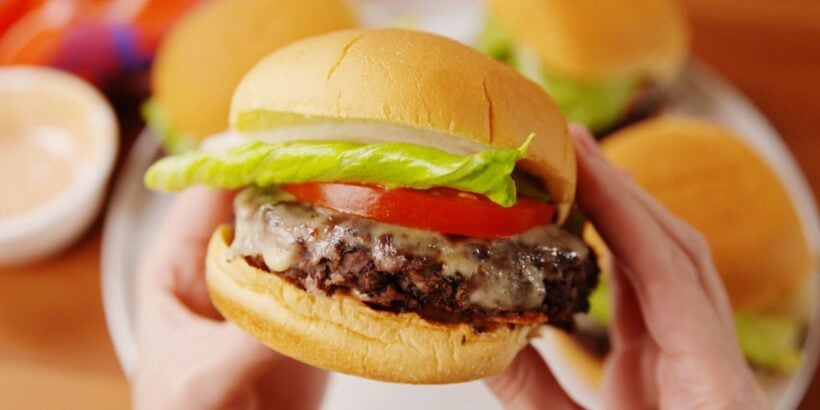 Being a vegetarian, or vegan, in the land of smiles is a challenge. There are some excellent vegetarian options opening up, particularly in the tourist zones of Thailand. But outside of that you’re struggling to find dedicated vegetarian options and just have to ask for your favourite Thai food, but without the meat.

But Asia, particularly south east Asia, is coming to the attention of the western alternative meat market. Because they’re starting to make really interesting, and tasty, meat alternatives and they want to get a slice of the Asian market too.

In one of the largest meat-eating regions in the world (Asia), where nearly 50% of the world’s meat products are consumed, it’s a fertile market indeed for the growing number of vegans, vegetarians and flexitarians (people who eat a mostly non-meat diet but occasionally may have some meat as well).

The producers of the alternative meat products are now looking to take a bite out of the Asian market.

Impossible Foods, a developer of plant-based substitutes for meat products, has set its eyes on the meat market in Asia. The American firm, famous for its meatless-burgers, intends to make the region a key focus due to its huge meat consumption. The almost tasteless and inedible vegetarian ‘patties’ of a decade ago are now rich in flavour and gaining a large following as a viable and tasty alternative.

Asia accounts for over 46% of the world’s meat intake according to the Agricultural Outlook 2019-2028 by Organisation for Economic Co-operation and Development and the Food and Agriculture Organisation.

And analysts at investment bank Barclays, predict that the alternative meat market is expected to hit US$140 billion within the next ten years.

Since April 2018, Impossible Foods has already featured its plant-based meat and dairy products in some of Hong Kong’s beloved restaurants such as Little Bao, Happy Paradise, and Beef & Liberty. But they’re not the only alternative meat brand eager to supply its products to the Asian market. Rival brands such as Quorn in the UK) and Beyond Meat from US, have been supplying meat alternatives in the region since 2015.

Quorn’s meat free products are readily available in Singapore through FairPrice Online and RedMart, while Beyond Meat’s alternative meat products are sold at NTUC Fairprice Finest and Little Farms outlets in the country. In Asia, supermarket brands like Villa Mart are carrying more alternative meat products, and they are featured often in vegetarian restaurants and starting to appear in menus of mainstream restaurants as well.

How mainstream? Even Michelin have provided a recent guide to some of the best meant-alternatives around at the moment.

As more Asians continue to adopt a vegan and flexitarian diet, the growing demand for plant-based meat alternatives is expected to steadily increase in the coming years.

NB. I’ll admit to being vegetarian, part-time flexitarian, eater and happy to promote more plant-based alternatives for our diets. If you know of, or can identify, some good vegetarian restaurants or sources for meat-alternative products, we’ll gather your intel and make an article to help people find vegetarian options. Send you email market ‘VEGETARIAN’ HERE. T