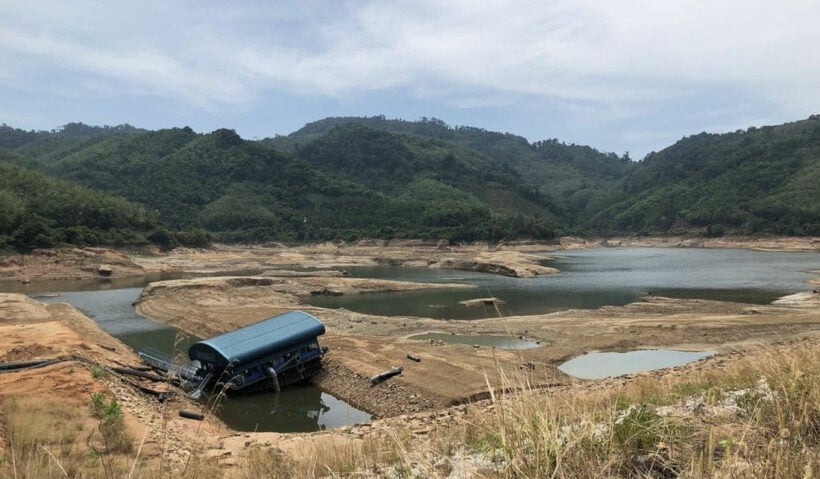 This week a 3.5 billion baht plan was announced to pipe potable water across the channel from Phang Nga to Phuket as a remedy for the looming water crisis on the island. At this stage there’s no approval for the project to go ahead and hasn’t even been considered by the new Thai Cabinet.

Despite heavy rains in Phuket this week the three catchments are still well below capacity. According to local officials from the Office of National Water Resources the main dam in central Phuket, Bang Wad Dam, is at 6% capacity of useable water with the Bang Neow Dum in Srisoonthorn with even lower useable capacity.

The Office of National Water Resources lists Phuket as the province in the country at second highest risk of running out of water in the next 12 months.

With the annual wet season past the half-way mark (reliably April to November each year), the Director of Phuket Provincial Irrigation Office, Somsawat Chaisinsorn, has admitted in a Facebook post “that there’s not enough water on this island”.

But he also claims that there is now a “long-term solution”.

That solution was announced this week by Graisorn Mahamad, the chief of the Phuket Provincial Waterworks Authority. He said there is going to a pipe connected to the mainland at the north-end of the island with water pumped south and then “directed into households”.

The optimistic Mr Graisorn said that the PWA are awaiting for a Cabinet approval of a 3.5 billion baht budget for the project. Mr Graisorn was unable to put any dates to the project but admitted it would involve multiple departments, land purchases, major civil engineering projects, establishment of new catchments and water pumping stations.