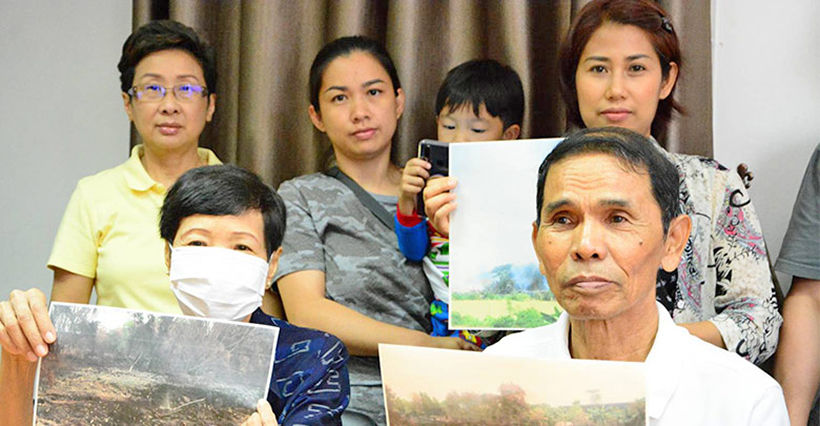 Villagers in Pathum Thani Province near Bangkok are complaining of rubbish fires, saying locals are breathing heavy black smoke every day, causing health issues, especially for small children. They claim people are secretly burning garbage and grass in the area. Residents of Sataporn Village have formed a group and reported to local media in hopes taking the issue public. Smoke from illegal rubish and crop fires has become a serious issue in Thailand

The group gathered at the Sataporn Village Office on Monday to make their voices heard. Behind their village is a large forest, mainly tall grass. One of the villagers, Yupaparn Homnet, says her home, located 100 metres away from the forest, is one of the households most affected by the smoke. Only a small pond and the tall grass separate her house from the fires.

Immediately behind the village and in the forest is a well known spot where people often secretly dump and burn garbage. Almost every day, Yupaparn says, her home and others are filled with black smoke, the stench of  garbage, and ashes that cover their homes like black rain. Her family have been forced to breathe the smoke and dust and have now all developed allergies. Villagers have tried closing windows and doors, but the smell comes through air conditioners and under doors. Yupaparn’s house now “just smells burnt all the time.” 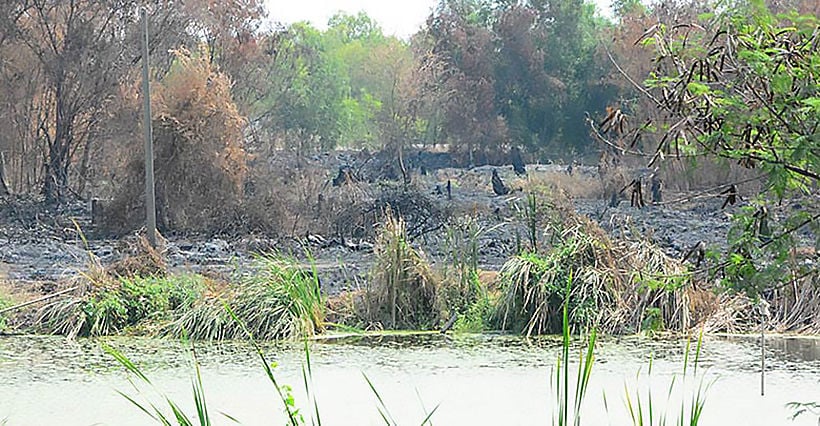 Another villager says there are over 1,000 households in Sataporn Village and nearly all are affected by the continuous burning. They live with the heat of the fires, smoke, and dust in the air. Many cannot use their air conditioners. “The villagers have filed complaints to local agencies, and they’ve sent fire trucks to put out the fires, but people just start them again.”