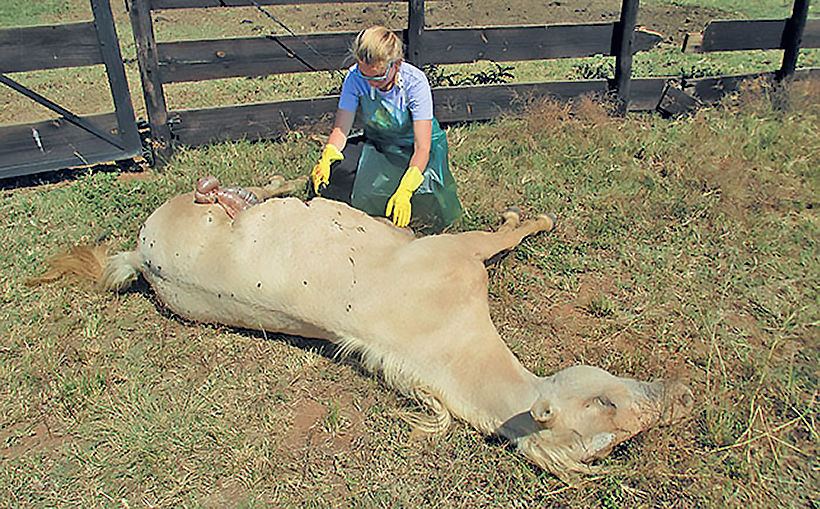 An outbreak of African Horse Sickness, also known as African Plague, has now killed hundreds of horses in Thailand. The Government Gazette has now detailed the symptoms of AHS, after the contagion was first detected on March 25.

First found in Nakhon Ratchasima, the disease has now spread via mosquitoes, gnats and gadflies to other parts of the country, killing hundreds of horses, as well as zebras, camels, donkeys and mules.

Animals infected with AHS virus will show symptoms of listlessness, loss of appetite, swollen eyes and fever above 38ºC.

Owners should contact local livestock officials as soon as possible, and no later than 12 hours after their animals show any symptoms of AHS.

An official investigation shows the source of the infection came from horses imported from Africa. A ban has been placed on transport of equine stock out of areas where AHS has been detected.

Some horse farm owners believe the source of the contagion is imported African zebras, and have considered legal action against the government for failing to prevent the outbreak. The Bangkok Post reported earlier this month that in February, some zebras were reportedly sold to buyers in the Hua Hin district of Prachuap Khiri Khan province instead of being re-exported to China as planned. Blood tests revealed that these zebras were infected with AHS.

Last week the Department of Livestock Development and Thailand Equestrian Federation acquired AHS vaccines to help prevent further spread of the disease. It also urges owners to protect their horses and equines by erecting mosquito screens.