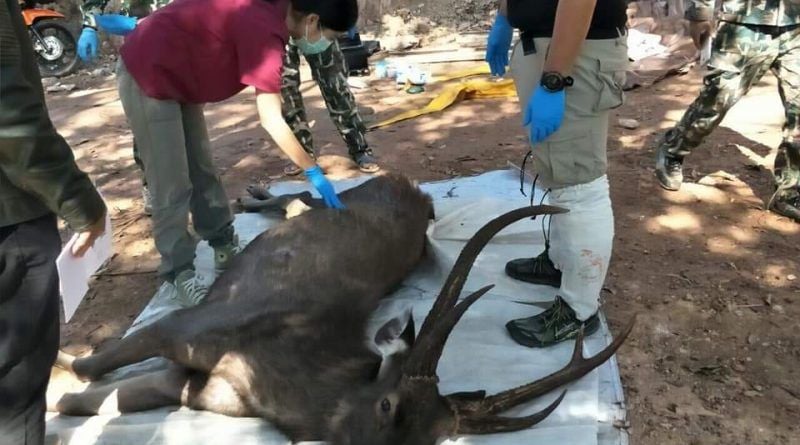 Thailand’s love affair with plastic, coupled with a casual attitude to littering, appears to have claimed another wildlife victim.

The body of a wild deer has been found with an astonishing 7 kilograms of garbage in its stomach. The deer was found at a national park in Nan province, northern Thailand.

Thai Residents reports that the deer was found just inside the entrance of the Kun Sathan National Park, with officials estimating it had been dead for about two days. Although there were no visible injuries to its body, its fur was falling out and it had a large scar on one of its hooves.

An autopsy detected irregularities in the animal’s kidneys, heart and lungs, with the veterinary team shocked to discover 7 kilos of garbage in the deer’s stomach. The contents are said to have included multiple plastic bags, including black garbage bags, as well as plastic coffee packs, instant noodle plastic bags, clothing and rope. The cause of death has been listed as intestinal blockage coupled with old age.