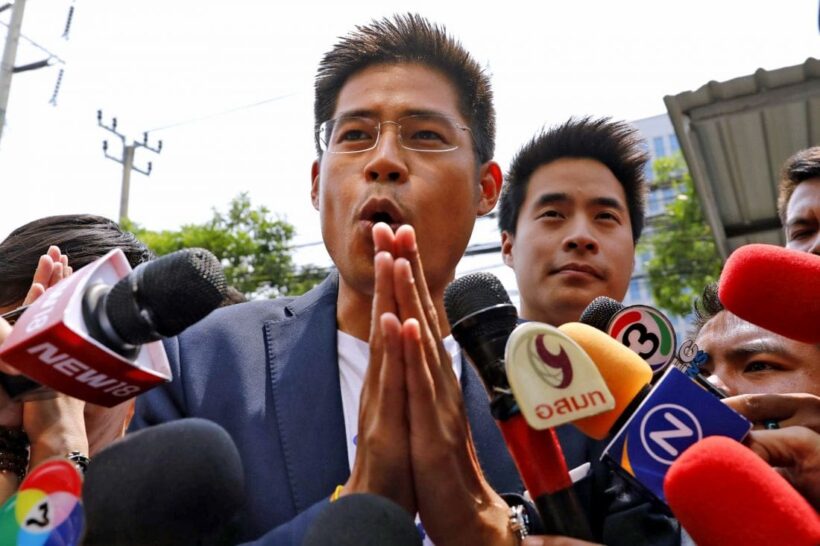 PHOTO: Thai Raksa Chart party leader Preechaphol Pongpanit awaits the decision of the Constitutional Court today whether to proceed with the case to disband the party

The Constitutional Court is meeting today to decide whether or not to consider the request of the Election Commission to have the Thai Raksa Chart Party dissolved for breaching the political parties act.

The Election Commission accuses the pro-Thaksin political party of violating Article 92 of the Political Parties Act by nominating Princess Ubolratana last Friday as its candidate for PM in the upcoming general election.

It claims that the nomination is considered to be an “act that might be hostile to the democratic system with HM the King as head of state.”

EC Secretary General Jarungvith Phumma went to the Constitutional Court yesterday to submit a request for the party to be disbanded for the alleged offence. But, executives of Thai Raksa Chart are vowing to seek justice with the court and insisted that what it did was in no way a violation of the law.

The Office of the Constitutional Court acknowledged the request the court will decide today whether there are grounds to proceed with the case.

The EC secretary-general said the commission unanimously arrived at the resolution on late Tuesday night.

Songkran extended to a five day holiday this year