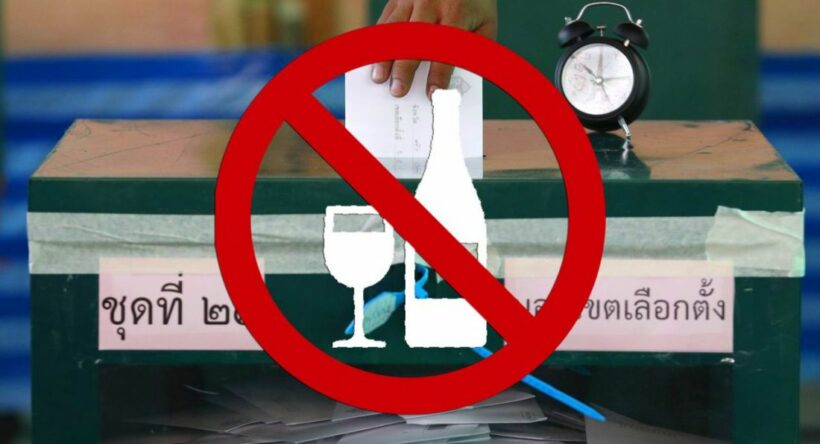 Thais go to the polls tomorrow (Sunday) for the first time since 2011, which also means there will be a 24 hour alcohol ban this weekend, starting this evening.

Alcohol sales and distribution will be forbidden from 6pm on Saturday to 6pm on Sunday.

Officials say weddings, parties and other celebrations can still be organised for these dates but there must be no alcohol served or consumed.

Seven million new eligible voters will have their first chance to cast a vote tomorrow. Results are expected to emerge from some of the smaller booths around the country as soon as an hour after the closure of voting at 5pm. The Election Commission says that a large majority of voters should be counted and announced by 8pm tomorrow night.

Everything you need to know about tomorrow’s vote