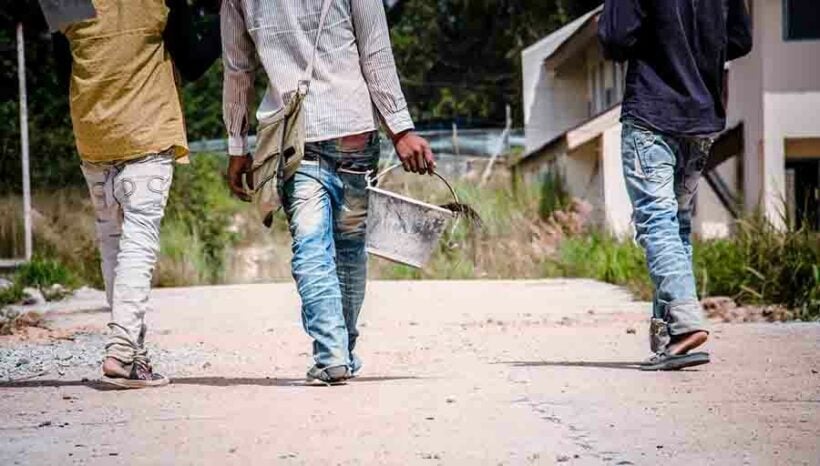 A survey by the University of the Thai Chamber of Commerce says the average debt of each worker’s household in Thailand is 217,000 baht this year. This is a 14 year high for Thailand. At the end of 2021, the country’s overall household debt was 14.6 trillion baht, one of the highest in Asia, per capita.

Most service sector workers were worried about losing jobs, according to the survey. The university’s president Thanavath Phonvichai said that if costs continue to rise, consumer spending will “disappear” and it will be “very difficult for the economy to recover”.

This news comes amidst rising prices on several items in Thailand. The price of diesel is set to rise from 30 to 32 baht per litre on Sunday (with a revised price cap by the government). Bangkok truckers have rallied this week to demand that the price cap continues as long as possible.

Cost on daily supermarket goods have been steadily rising over recent months and are now expected to rise more after the diesel cap has been lifted by 2 baht a liter.

After an outbreak of African Swine Flu in Thailand, the price of pork surged in January. A Thai official said there was a shortage of pigs in Thailand following the outbreak. Before it, there were 1.1 million breeding pigs on the market, but after the outbreak, that number dropped to 660,000.

Shade_Wilder
This is a direct result of government policy during Covid. Some have lauded Thailand for not going into debt during Covid, but the simple reality is that the government downloaded poverty and debt onto the lower economic strata while setting…
HolyCowCm
We surveyed and polled 100 of the ruling party‘s Government Senators to ask them what they thought about the general Thai public debt. And Survey said the top 5 replies were: 1. We don’t care ! 30 points 2. We’re…

palooka
2 hours ago, Shade_Wilder said: This is a direct result of government policy during Covid. Some have lauded Thailand for not going into debt during Covid, but the simple reality is that the government downloaded poverty and debt onto the…

TheDirtyDurian
Stop giving loans to people to buy cars when their salary is less than the monthly payment might be a good start. It amazes me.... That's why it's called amazing Thailand I guess.