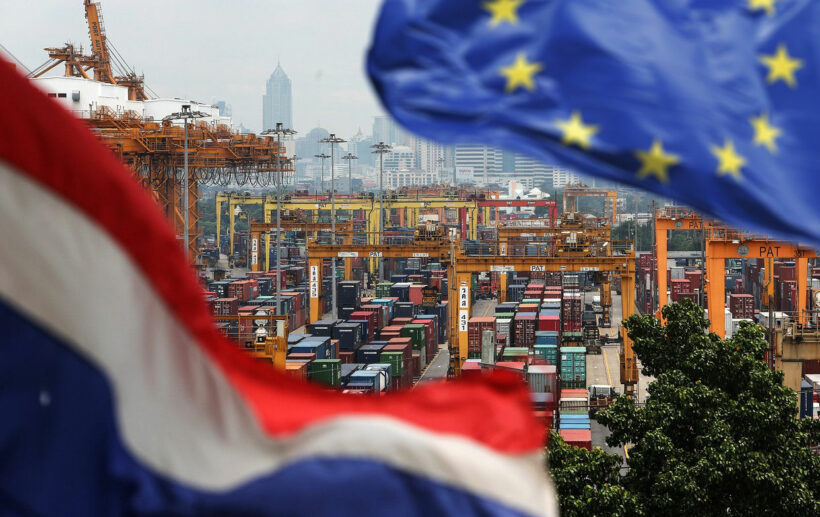 Free trade talks between the EU and Thailand are about to start again after years in the wilderness following the 2014 military coup, and years of protracted negotiations before stretching back to 2005.

The Thai Commerce Ministry is now preparing to resume free-trade talks with the European Union.

The director-general of the Department of Trade Negotiations, Auramon Supthaweethum, says a summary of opinions from all the Thai players would be submitted to a committee on international economic policy chaired by deputy PM Somkid Jatusripitak.

Auramon said many parties support the resumption of trade talks, but concerns were expressed over the possible influx into Thailand of products such as wine and liquor on a zero% tariff. Currently there is a 60% tariff on wine imports into Thailand. Some parties believe access to cheaper wine and liquor would have an adverse impact on public health.

The European Free Trade Association, which represents Iceland, Liechtenstein, Norway and Switzerland, has yet to be consulted as to whether it wishes to resume talks with Thailand. Independent talks with Turkey are also scheduled.

Seven European states established the EFTA in 1960 to promote free trade and economic integration, but Britain, Austria, Denmark and Portugal subsequently opted to join the parallel but competing European Union.

Nakri weakens to a storm as it heads into Laos

Storm Nakri weakens, but is dumping heavy rains on the Central Highlands in Vietnam